League champions Kerry got their title defence off to as impressive a winning start against Galway as they could have hoped for; the only negative being that their 22-point victory will surely set heads and hearts racing in the Kingdom (if not necessarily the camp) that 2021 really could be Kerry's year.

Manager Peter Keane will have his work cut out to cool the jets this week ahead of a meeting with Dublin in Thurles after his team dismantled Galway on the back of a David Clifford hat trick and a fourth goal from his brother Paudie, making his first start for the seniors.

Keane had said at the start of the week that he would be "poking in the dark" with regard to knowing what sort of team he would be fielding today and how they would perform. Well, somewhere during the week all concerned clearly found a light switch, and Kerry played like a team completely unburdened by the dark days of last November and that loss to Cork.

Kerry were simply excellent from the very start. It took Paudie Clifford just 37 seconds to score from play, but when Damien Comer equalised within a minute the expected tight tussle between these teams looked on.

When Galway next scored – a Shane Walsh free in the 14th minute – the game was already slipping away from the visitors as Kerry led 0-06 to 0-01. If only Galway could have kept it that tight.

Sean O’Shea teed up David Clifford for a palmed goal just before the water break, a score that made it 1-06 from play for the Kerry full forward in that first quarter.

Moments after the restart Clifford the elder glided on to Dara Moynihan’s pass and slipped the ball past Bernard Power to make it 2-07 to 0-03. Already Galway were on the canvas and reaching for the smelling salts.

Galway had so little to offer that manager Padraic Joyce cut a forlorn figure on the sideline, frustrated that so many of his players looked out of gas and ideas so early in the game. The Tribesmen were laboured in everything they tried, and it will take serious work to get them up to speed to extricate themselves from what is now a very tight corner in the league, and with a Connacht championship looming fast.

Kerry kept piling on the pressure with slick movement, incisive running and crisp finishing from the Cliffords and Killian Spillane, whose four from play helped Kerry to a 2-10 to 0-06 half time lead.

Any flickering hope of a Galway kick-back in the second half was quickly extinguished with David Clifford’s second goal – less than two minutes into the half – and five minutes later the Fossa man did his best Johann Cryuff impression with a cheeky drag-back and neat finish to the net to help make it 4-13 to 0-07 at the second water break.

Thereafter it was simply about both sides running their bench, with Kerry sprinkling their substitutions with scores in between, with the Cliffords’ cousin, Paul O’Shea, coming in for a debut and a score. 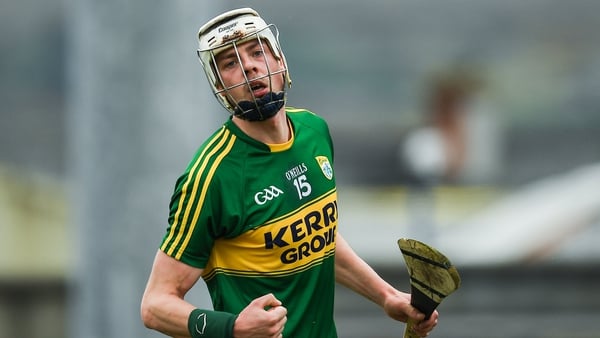 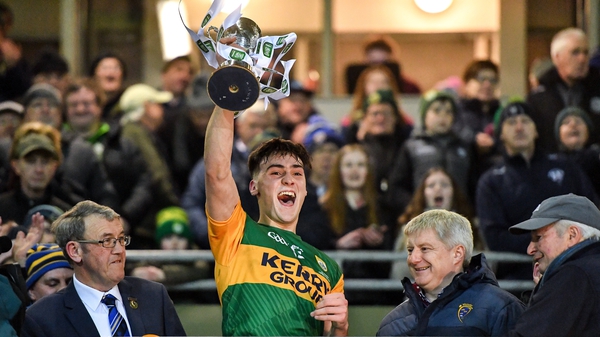 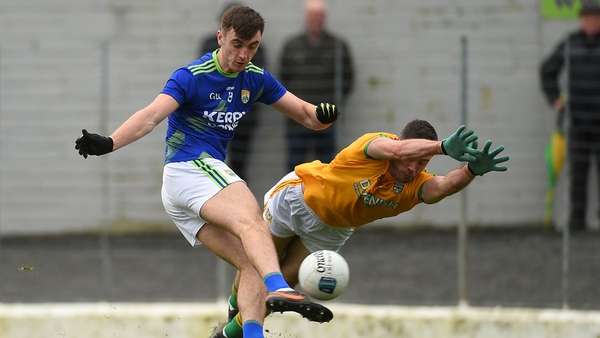 Kerry stutter to win over Meath in Killarney