All-Ireland champions Dublin will begin their quest for seven-in-a-row with a Leinster quarter-final clash against Wexford or Wicklow.

Dessie Farrell's side are strong favourites to continue their domination of the province and will face winners of the first-round clash of Wexford and Wicklow, who met at the same stage last year with the Garden County running out five-point winners.

Dublin are seeking an 11th successive Leinster title and racked up 5-66 in their three provincial outings last year.

Mickey Harte’s first championship game in charge of Louth will see the Wee County take on Offaly, while the other first-round tie will see Carlow up against Longford.

In a seeded draw, last year’s semi-finalists were afforded byes to the quarter-finals.

2020 finalists Meath will take on the winner of Carlow v Longford, while Laois and Westmeath will battle it out for a place in the last four.

The prize for the winners of Louth v Offaly is a crack at Kildare, while as mentioned, Dublin will take on Wexford or Wicklow.

The semi-final draw will take place upon the completion of the quarter-finals.

RTÉ analyst Kevin McStay said it was "impossible to see anybody beating Dublin" in the province as the All-Ireland champions seek a 16th Leinster crown in 17 seasons.

"The Offaly-Louth game, John Maughan teeing it up with Mickey Harte, will be interesting and hard to call," he said.

"Other than that it's hard to get overly excited at the moment about the Leinster championship draw, unfortunately.

"I think the seeded four semi-finalists (Dublin, Meath, Kildare, Laois) will be the four that come through to the semi-finals again." 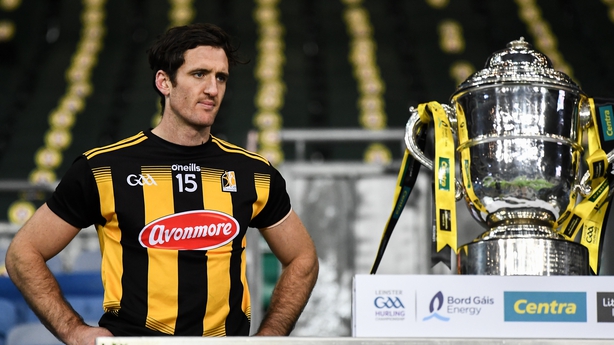 In the Leinster hurling draw, the last two winners of the Bob O'Keeffe could meet in a provincial semi-final.

Davy Fitzgerald’s Wexford, champions in 2019, take on Laois in a quarter-final fixture, with current holders Kilkenny awaiting in the last four.

On the other side of the draw, Dublin will face Joe McDonagh champions Antrim at the quarter-final stage.

The winners will progress to a semi-final date with a Galway side looking to atone for last year’s defeat in the provincial decider against Kilkenny.

All ties will take place at neutral venues.

Former Kilkenny star Eddie Brennan, who stepped down last November after managing Laois for two years, said "Laois and Antrim obviously have big tasks but they are tasks that they will embrace.

"It throws up the mouth-watering (prospect) of Davy Fitz v Brian Cody potentially again or (Dublin manager) Mattie Kenny possibly going up against his county of origin.

"Wexford had a very disappointing year last year. He (Fitzgerald) will want to rectify that, and I think the fact that he has stayed on for one more year, you would imagine he'll get some kind of a rise out of them."

As for who will win out in the province, Brennan reluctantly went against his native county.

"Kilkenny came with a very strong finish in the Leinster final last year and took it off Galway.

"I would imagine Galway will be really hungry and I have a funny feeling it could be them this year."