Press box colleagues who'd attended the All-Ireland hurling final were quick to remark on how sterile it all felt.

"I hated it," Sunday Game producer Rory O'Neill told the RTÉ GAA Podcast. "I thought it was bereft. It felt like somebody had stolen something from us. It was horrible, totally underwhelming, lacking in any sense of occasion.

"Somebody said it me, 'oh, it's better than not having the games at all.' Yes it is. But, just about. Only just about."

Saturday's football final, with Mayo hanging in the game for so long, did feel a little more charged up.

One was still heavily reliant on whatsapp group chatter to foster a sense of communal buzz.

But for 50 minutes, the game itself was absorbing. Given the majority of Dublin games these days descend into shooting practice well before the end, we were grateful for the contest.

The two subs benches were relied upon to carry the entirety of the atmosphere, a task they set about manfully.

Alas, the final quarter saw the game get away from Mayo and the flickering sense of occasion departed with it.

At times during the 2020 championship, when sitting at home, you could forget that there was no crowd present.

Inside the stadium, this wasn't possible. One was confronted with the emptiness of the arena at all times.

All told, the best way to sample the match-day experience was to watch in your living room. Hopefully, this will be the last All-Ireland final played under these conditions.

"Once in a generation players in full-flow," Bernard Brogan tweeted during the Dublin-Cavan game, exhorting the rest of the country to look past their gripes about money and population.

The notion that Dublin's decade of success is attributable to a 'golden generation' has sparked comparisons between this Dublin team and Trigger's broom from Only Fools and Horses, which famously remained intact for 20 years, despite needing 17 new heads and 14 new handles during that time.

The stat about how the 2020 team contains just three starters from the 2011 All-Ireland final is somewhat over-played.

Pat Gilroy's Dublin team were a rather more human and workmanlike outfit than the Rolls Royce teams of the Jim Gavin era, which had the crop of '93 (Kilkenny, Fenton and McCaffrey were all born that year) to call upon. Dublin were probably not even the best team in Ireland in 2011, having pilfered an All-Ireland from under Kerry's nose, when it appeared that Jack O'Connor's team were seeing out the game.

But even when we start the clock at 2015 - the beginning of the current unbeaten run - the level or turnover and evolution is striking.

Just six of the starters from the 2015 final were included in the opening XV yesterday.

In their post-match press conferences - conducted in front of a small round table of mobile phones in the freezing cold at the back of the lower Hogan Stand - Con O'Callaghan and Jonny Cooper were both quick to reference the constantly changing nature of the team and the set-up.

"It might sound cliched but we look at it year by year," said O'Callaghan. "Things change, players change, personnel change, management changes. There obviously is an accumulation of medals there but it's different every year."

Fenton v Kilkenny for Player of the Year 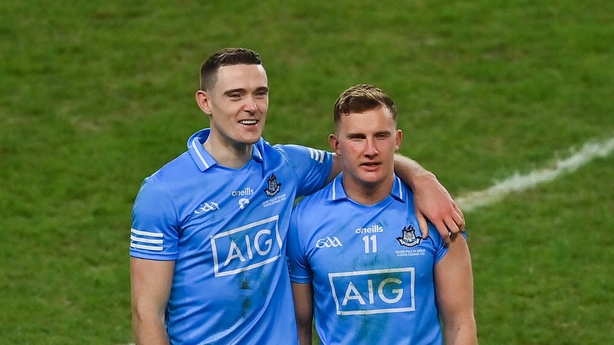 A remarkable stat did the rounds this week that Ciaran Kilkenny had failed to score in the past four Dublin-Mayo championship games.

Even in last year's semi-final demolition job, he didn't manage to get brackets after his name.

Playing closer to goal this year, Kilkenny was the most prolific point-taker from play of the championship, notching a total of 0-20 (Cillian O'Connor was the overall top scorer from play with 5-13).

He settled into his scoring groove after half an hour, weathering a few challenges before lobbing over his first point of the game.

Two more followed in the second half, one to double Dublin's lead just after the water-break and another to nudge their advantage out to five again as we closed in on injury-time.

Brian Fenton has been raved about for most of the season, particularly after the game against Cavan.

The Raheny midfielder was again a marvel in the second half, collecting 22 possession and clipping over a tidy point during the pivotal third quarter. He remains one of the chief contenders for Footballer of the Year.

But he has a major challenger now in Kilkenny, who has yet to take the game's biggest individual prize. 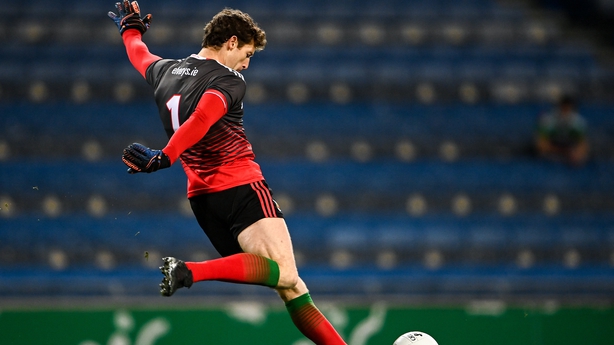 But kick-outs were regarded as a particularly glaring weakness, with @dontfoul detailing David Clarke's deteriorating statistical performance in 2020.

By contrast, Stephen Cluxton - the man we can safely call 'the father of modern goalkeeping' - was, and is, the master in this area.

Mayo have suffered kick-out nightmares against Dublin before. Here, people argued, was where they'd really get punished.

Quite the contrary. Mayo, as James Horan noted afterwards, did plenty right in the game and kick-outs were one area where they got things really right.

Remarkably, as Christy O'Connor has detailed, they won 17 of all 22 kick-outs in the first half, retaining possession on all 12 of their own re-starts and winning five of Cluxton's 10 offerings.

The stats highlight how miffed Mayo must be to have still found themselves behind at half-time, though Dublin's relatively passive approach of Clarke's kick-outs must have had a bearing.

Shortly after the 50 minute mark, the Dubs won three possessions off Clarke's kick-outs, mining 0-03, a decisive burst in the context of the game. That was that. 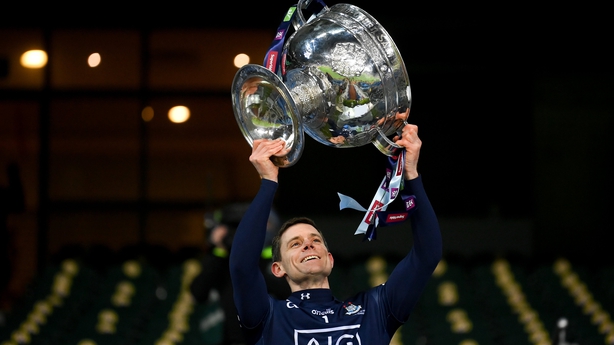 There was an era of great democracy in Gaelic football between 1991 and 2006 when no county managed back-to-back titles.

The talk was then that it couldn't be done in the 'modern era' as the demands involved were too great. The kind of dominance achieved by Kerry in the 70s and 80s was a thing of the past, a relic from a more amateur era.

The scene is rather different in 2020. New ground has been broken. Six-in-a-row and no obvious signs of any chinks in Dublin's armour.

The mood music in the rest of the country was bleak enough in 2018; it was bleaker last year and bleaker again this year.

In the rest of Leinster, in particular, the general mood could be described as one of 'militant apathy' at this point.

One wonders at the state of the great GAA conversation if seven or eight is racked up...