Mayo manager James Horan will hand Mark Moran a first championship start when his side take on Galway in Sunday's Connacht final at Pearse Stadium.

Westport clubman Moran comes in for Ryan O'Donoghue in the only change to the Mayo starting XV from their victory over Roscommon last weekend.

Kevin McLoughlin start again and will make his 65th championship appearance since making his debut for the county against New York in 2009. 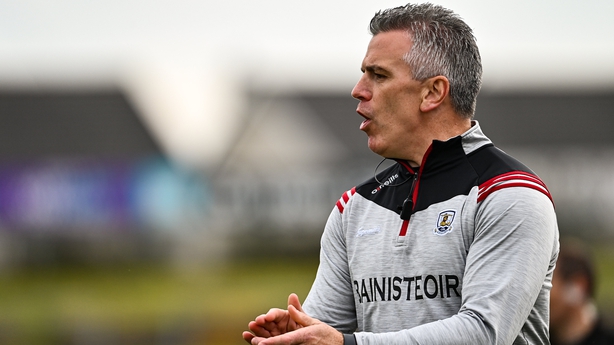 Galway have rung the changes to a team humiliated by their rivals on a 3-23 to 0-17 scoreline when the sides met in the league a month ago.

Corofin netminder Bernard Power replaces Conor Gleeson between the sticks after the Dunmore McHales player's poor display at Tuam Stadium, one of eight changes made by manager Padraic Joyce.

Seán Mulkerrin and Seán Kelly have also been handed starting spots in the full-back line, while Tom Flynn replaces John Maher in midfield.

Damien Comer has lost his fitness race after a hamstring injury in the earlier defeat and Michael Daly will start at left half-forward having replaced Comer in the league encounter. Paul Kelly has been named at right half-forward.

Shane Walsh and Dessie Conneely are set to start in the full-forward line.