Former Cork footballer Kieran O'Connor has died from cancer at the age of 41.

The 2010 All-Ireland winner and father of three was first diagnosed with cancer when a type of bone tumour, called Ewing's sarcoma, was discovered in 2017, just weeks before the birth of his third child.

Last year, he faced into a third cancer fight and had a leg amputated.

O'Connor's club Aghada GAA and the 'Friends of Kieran' group organised a number of fundraising initiatives after his diagnosis, with former team-mate and Cork captain Graham Canty at the time acknowledging the support offered to the family.

"The financial support has been surreal but the emotional support that Kieran and his family have got inside and outside the county and all over the country has been unbelievable," he said.

"It has really struck a chord with people. Kieran is young man with young family. He is fighting for his life and he has a battle on his hands and people really want to support him."

A renowned man-marker, O'Connor made his Cork debut in 2004 and would win three Munster titles and start in two All-Ireland finals in a career that peaked in landing Sam Maguire in 2010, a year before his final outing in a red jersey.

He is survived by his wife Sinéad and children Isabelle, Ava and James.

"Kieran was a tower of strength on the field of play, and showed that same strength of character and courage in dealing with his illness over the past few years," Cork chairperson Tracey Kennedy said.

"He will be an unimaginable loss to his family, and on behalf of all in Cork GAA, I would like to extend our deepest sympathies to Kieran's wife Sinéad, their three children, Isabelle, Ava and James, and also to his parents Pat and Mary, sister Aisling and brothers Patrick and John Paul.

"Our condolences also to his club, Aghada, his wonderful friends who did so much to support the family throughout Kieran's illness, and all who mourn his loss."

A statement from Aghada GAA club said: "Today is one of the saddest occasions our club has ever known. There are no words that will capture just what Kieran O'Connor meant to Aghada GAA.

"We are truly proud of him and his achievements in the Aghada and Cork jerseys. We are honoured to be able to call him an Aghada man."

GAA president John Horan extended the sympathies of the Association to O'Connor's family and said: "The determination and tenacity that were the hallmarks of his performances on the field of play were put to good use in Kieran's courageous battle with illness.

"The reaction to this sad news of not only his former teammates, but also opposition players from his distinguished career says so much about the respect in which he was held."

O'Connor's 2010 team-mate Eoin Cadogan was among many to pay tribute on social media.

Extremely sad news that we loose our great friend today Kieran.His fight , strength and drive won't ever be forgotten.Deepest sympathies to his family and friends. https://t.co/2NdwETXdQV

Tragic news to hear about the passing of Kieran O'Connor, deepest condolences to his family! RIP🙏

So sad to hear the news of Kieran O'Connor. Thoughts and prayers go out to his family and friends. Rest in Peace. 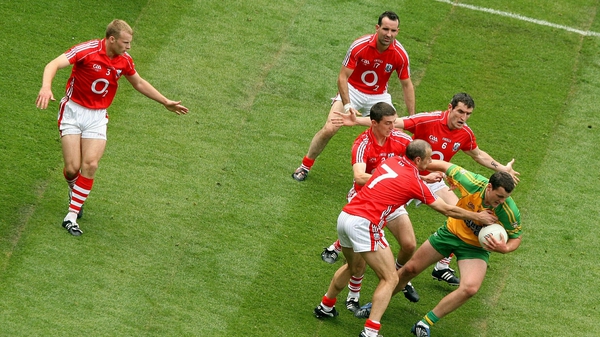 Canty blown away by support shown for O'Connor