The grating club versus county narrative that has crept into our discourse as a return to play creeps closer is mostly a symptom of the recent slow sports news month.

However, it reveals a fault line in the GAA ecosystem that has been cultivated by a vacuum of leadership in the association around the direction of games and competitions at both levels.

Defined club and county seasons are long overdue, but they can overlap to everyone's benefit. For that to work in practice, both extremes of our spectrum will need to appreciate the impact of the other to player development in an amateur association.

If you represent your county as well as your club, there is no more frustrating subject to hear talked at you. No-one feels the pull of both forces in the way that the players do and the linear nature of the commentary they hear offers no solutions. These players want to do their very best for both club and county – and neither should be at the expense of the other.

In recent weeks we have heard from county chairmen and club representatives regularly, demanding solutions that suit their role and their agenda. Balance this with the resistance of those within county camps to tolerating the place of clubs, and it is clear that neither camp values the other as they should.

It is an indisputable fact that the GAA as we know it today has been built on two essential components:

i) An unquantifiable body of volunteer work across the breadth of the organisation.

ii) The revenue generated by inter-county competitions to underpin every other area. 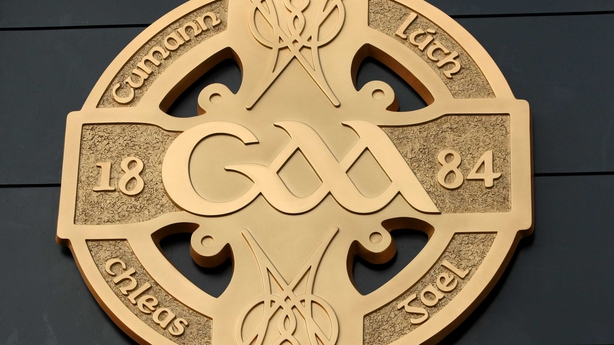 These are the foundations on which everything else is built and almost every aspect of the GAA depends on both "drivers" working in tandem.

Without boring anyone with the details, full-time coaches, administration, facilities, etc. simply wouldn't exist in its current form without the investment possible because of the sustained popularity of the inter-county game.

The inter-county game has never had a higher profile than over the last decade and the quality of play people pay hard-earned money to see is only possible because of the volunteer work of clubs and their coaches. The conveyor belt of better and better players is extraordinary and may be the biggest achievement of this amateur organisation.

Players have been bearing the brunt of what is a seemingly constant battle for the moral high ground. Club and county wrestle each other for supremacy in both the hearts and minds of players. One takes public and private form but one permeates entirely in private.

Bending players to a club's will is normally a two-pronged approach. Of course you will hear the messaging clearly in the press but community and values cards will be played privately too. The county messaging is entirely hidden from view.

Not unlike the extremes of politics, we seem to have fanatics at both ends of the spectrum who just cannot see the value to us all of the need for sunlight to fall on all corners of the GAA map.

Our left wing has never struggled for a voice to preach the club before county myth. There is more than a touch of communism in claims of ownership of players and anyone other than themselves determining where they spend their time on a particular evening or afternoon.

In a very well-reasoned essay on the subject this week, John Coleman eloquently articulates the clandestine forces of self-interest that dictate the priorities within our game

If the association truly wanted to facilitate the capacity for players to serve both club and county satisfactorily, the fixture calendar would long since have been sorted. That no serious attempt to do so has been made tells its own story.

Club is not before county and county is not before club. They are both equal and valuable parts of our identity and at any point where priority or ownership of a player is claimed by anyone other than that player, the claimant should lose all rights to contribute to the debate.

What is certainly true is that a club environment does not prepare any player for the ferocity of inter-county football.

Irrespective of the club, over a prolonged period of time the lesser intensity of training and games, lower volume of work, less time/access to sports science that clubs can provide pull at the threads of a county footballer's preparation.

That is not to ridicule or lessen the value of club football – it’s just a truism of the tiers of any sport. I recently heard a county chairman claim that there was no better preparation for national league and the pursuit of Sam Maguire than the club championship in the weeks immediately before.

That is a less than informed opinion, irrespective of the county in question. Players who go directly into the top level of our sport from months of playing junior club football will feel as though they are playing a different sport – because they will be.

Each county has a duty of care for all their members – including the finite number capable of playing inter-county football – and to not take an opportunity to support club and county teams when the opportunity to do so is there represents dereliction of duty.

The expanding profile of inter-county games has nurtured with it a more destructive feature generally in the form of the modern manager.

There is an impression now carefully cultivated and projected that players can only develop to their full potential if they commit entirely to the county culture. That doesn't just mean training and games – it requires adherence to a designed doctrine which sets out the lifestyle and mentality that is "encouraged".

For the most part, players will be happy to buy in to the dogma as it grants entry to an exclusive club that few have the ability to get invited to. Being part of that tribe gives shape and meaning to lives and does far more good than harm. 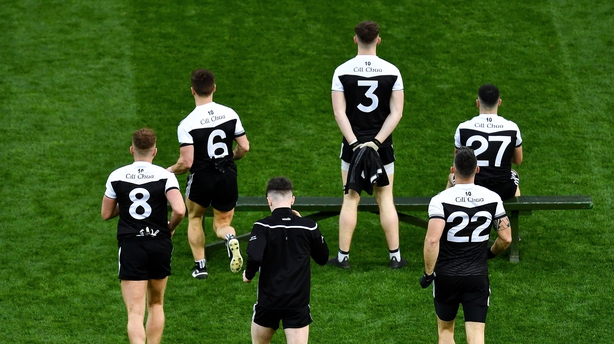 However, the managers who create these cultures often lose sight of their responsibility to the GAA collective and the players as individuals.

County teams have the power and influence to swallow clubs, underage teams, colleges, etc., but they ought not to. The standards may be different but players can learn more about leadership, responsibility and resilience when they are exposed to other environments, opportunities and challenges.

This is the alt-right of our political party with fervent zealots acknowledging no alternative approach to their own.

Like previous attempts to curtail seasons or training practices at county level, the notion of an arbitrary date to start training seriously is ill conceived.

Players at the highest level are seven-day-a-week athletes, all year round. Throughout July and August clubs will be offering typically between two and four chance per week to train with, in most cases, limited expertise in delivering those sessions.

There will be 30 men in each county conditioned and expecting more than that for their own well-being and development. They will naturally gravitate to each other to train and maintain their normal standards around their club commitments. That will be to the benefit of their club on the field of play.

Any county with the welfare of their players at heart would want these ad-hoc training sessions monitored and managed by the expertise they have on staff to avoid injuries and ensure players can peak for both club and county seasons.

The GAA's position removes any possibility of best practice in the world of conditioning and undermines the welfare of these players. It does, however, save on expenses.

In the part of our calendar where club and county seasons overlap, the only thing that prevents a synergy that allows the player to do his best for both is communication.

Is it really beyond county backroom teams to communicate efficiently with 15 to 20 club managers to create an agreed programme and workload for players in that busiest period?

It isn't optimum for either team in the very short-term, but it is what is best for the player and surely that is everyone’s priority. If it is, it’s not always evident.

The alternative is that club and county backroom teams continue to complain about each other without dialogue regarding injured and fatigued players.

Dictating to players where their heart should be at any stage of their playing career is a dangerous game and erodes trust and loyalty over time.

The reality is that the majority of players who can do both are proud men who carry their club colours every time they represent their county. They will never want to dilute their contribution to either.

Our solution at the moment is to pile emotional pressure on them from both angles with claims of ownership over their priorities. Better is possible and our best players deserve it.