Cast three votes for your All-Star football half-forward line selection or email teamselection@rte.ie to make any more considered contributions. We will be debating these teams across our platforms in the coming weeks.

Only six spots remain unfilled in the team and we now turn our attention to the half-forward line.

The first All-Star team of the Sunday Game era in 1979 featured Pat Spillane, who at the time was collecting his fourth award, and would add another five before hanging up his boots following a glittering career. 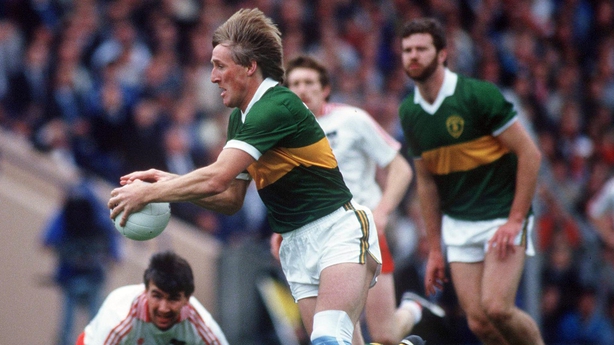 All but one of the Templenoe man's nine All-Stars came in the half-forward line and his individual haul is a record for a footballer since the awards came into existence in 1963.

His team-mates Ger Power and Seán Walsh were also part of that Kerry dynasty, while another, Denis 'Ogie' Moran would only claim one All-Star to go with his eight Celtic Crosses.

Curiously, for all Kerry's success in the 80s, only twice would a man in green and gold take the centre-forward spot on the All-Stars team, Moran in 1981 and 'Bomber' Liston three years later.

Cork's Dinny Allen is another who can consider himself unfortunate to only pick up one All-Star, while Offaly's Matt Connor (pictured below), widely regarded as one of the most naturally gifted forwards to ever grace the game, could well have added more than three All-Stars (two in the half-forward line) had his career not been cut short by a car accident. 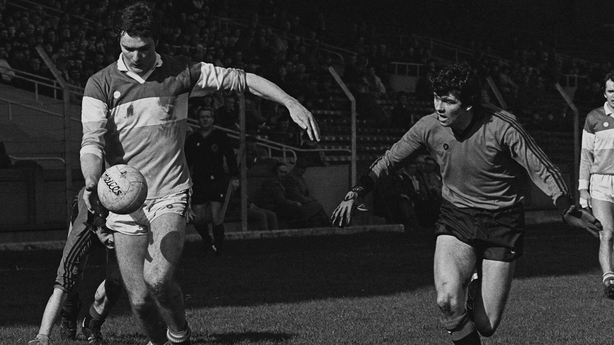 The 90s saw a number of iconic players make their mark on the 40.

Peter Canavan may be considered by many to be more of a lethal inside forward, but his six All-Stars were book-ended in the half-forward line. 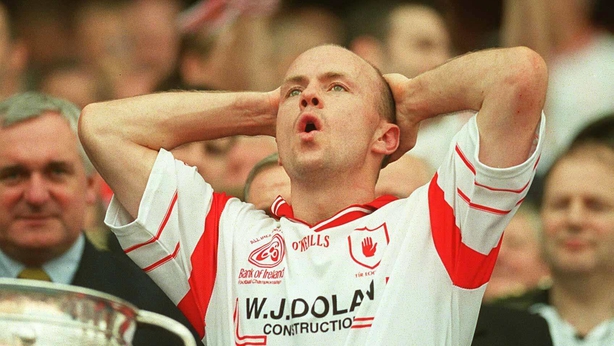 Galway's most famous postman Ja Fallon (2) and Meath ace Trevor Giles (3) claimed Footballer of the Year gongs in 1998 and 1996 respectively, while another Tribesman, Michael Donnellan (3), oozed class whenever he donned the maroon jersey. His point against Kildare in the 1998 All-Ireland decider will go down as one of the great individual scores in Croke Park.

Current Mayo manager James Horan and Armagh forward Oisin McConville each picked up two awards, while James McCartan (2) was central to Down's success in the early part of the decade, landing personal honours in both the half and full-forward line.

The Kerry-Tyrone rivalry of the noughties saw the counties carve up nine All-Irelands in the first decade of the new millennium. Brian Dooher and Paul Galvin, Footballer of the Year in 2009, did as much as any players to transform the role of the industrious wing-forward and they shared half a dozen All-Stars between them.

Declan O'Sullivan, after some tricky early moments in his Kerry career, would demonstrate his class at centre-forward, where he picked up two of his three awards, while the last two awards of Seán Cavanagh's tally of five came in the half-forward line.

Only four men from Westmeath have ever claimed an All-Star, with Dessie Dolan becoming their second in 2004 at left half-forward.

Also on that All-Star team was the mercurial Ciarán McDonald, who gave an exhibition in the All-Ireland semi-final win over Dublin. Remarkably it would be the only All-Star the Crossmolina man would win, with Tyrone's influential play-maker Brian McGuigan also making the Team of the Year on just one occasion.

Dublin's dominance in the last decade was backboned by the performances of Paul Flynn, who reeled off four successive awards, while talisman Alan Brogan (3) claimed Footballer of the Year when Pat Gilroy's side made the breakthrough in 2011. 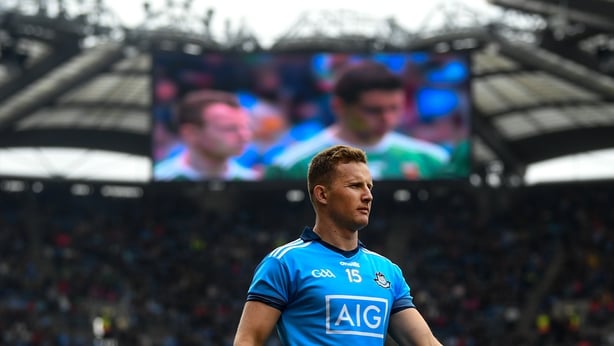 Castleknock's Ciarán Kilkenny, who failed to make the All-Stars Team of the Year last year, has made the cut in three of the last five occasions, once more than team-mate Diarmuid Connolly.

Paul Mannion and Con O'Callaghan have both been selected one occasion each on the half-forward line, though are are more associated for their finishing ability higher up the pitch. 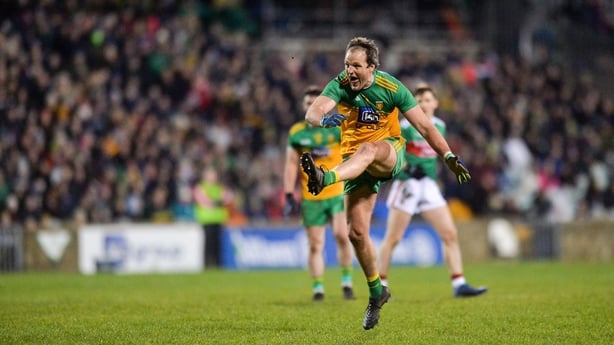 Donegal captain and inspiration Michael Murphy continues to perform at the highest level, 13 years on from his senior inter-county bow.

The versatile Glenswilly man could be selected anywhere from defence up, though two of his three All-Stars, in 2014 and 2019, have come in the half-forward line. 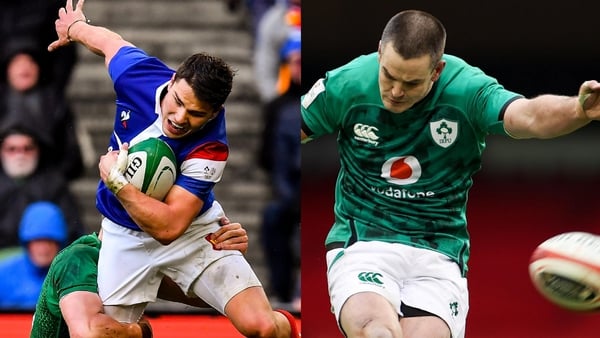