The GAA has insisted that the late withdrawal of the Club Players Association (CPA) from the Fixtures Task Force does not undermine the proposals put forward to alter the playing calendar.

Yesterday the Association unveiled 32 recommendations made with regards to club and inter-county structures, with the report to be presented to Central Council next month.

It is expected a number of the motions will be put forward for Annual Congress at the end of January, with most of the remaining motions tabled at a Special Congress later in the year.

The process encountered a setback last month when the CPA withdrew from the Taskforce alleging that its raison d'etre is to "ratify the status quo" of the inter-county football calendar and going so far as to describe the task force as a "Trojan horse".

Eddie Sullivan, chair of the task force, said the CPA's withdrawal was "disappointing" and rejected their critical stance of the body of work carried out.

"I don’t accept that narrative whatsoever," he told RTÉ Sport.

"They put in proposals and they were examined. The phrase I used to the group was that all proposals would have to be road-tested and stress-tested, and their [CPA] proposals were as well.

Director of Player, Club and Games Administration Fergal McGill says a key part of the 63-page report centres around the area of scheduling.

It states that county players should not be asked to play on more than four successive weekends where possible, the inclusion of 'gap’ weekends to cater for weather disruption and also the strict application of the ’10-day rule’ whereby counties are permitted to schedule club fixtures up to 10 days before the county team is in championship action in the same code.

"It comes down to a difference in scheduling," McGill outlines.

"The main allegation from the CPA was that the report was geared towards retaining what’s already in place. If you think that, that’s fine, but the report speaks for itself as far as I’m concerned.

"The main difference was in how the CPA scheduled the weekends. We agreed most importantly that county players shouldn’t be asked to play on more than four successive weekends if possible.

"To me, that’s common sense.

"In addition, any competitions played in February and March, and this has been proven down through the years, you must schedule in what we would call ‘gap’ weekends to allow for weather. Their proposals didn’t do that."

While the CPA withdrew from the consultation process, three of the members remain on the task force panel. 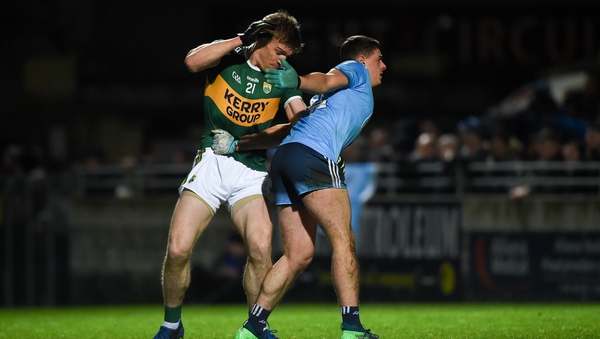