Dessie Dolan, now aged 40 and almost certainly playing his final match in the ground where he has performed splendidly for club and county for over two decades, opened the scoring from a second-minute free. However, Ballyboden went on to score 1-5 without reply between the fourth and 12th minutes.

The goal was a fine individual effort from centre half back Robbie McDaid in the sixth minute, while Colm Basquel (three, including two frees), Alan Flood and Ross McGarry all pointed.

The Dublin champions were dominant in most sections of the pitch and it needed some tenacious defending by the home team to prevent the visitors scoring a second goal.

Ryan Basquel hit top form in the second quarter, scoring three points from play in the process. A great point from play by Dolan rounded off first half scoring, but Ballyboden St Enda’s were full value for their interval lead of 1-10 to 0-5.

Garrycastle opened the second half in promising fashion by scoring three points without reply, all from frees by Dolan.

The gap was six points (1-13 to 0-10) with 50 minutes on the clock, but Ballyboden - for whom Darragh Gogan was always alert to potential goal threats - finished the game strongly, with their substitutes (including veterans Michael Darragh Macauley and Conal Keaney) all making a positive impact.

Goals from Colm Basquel and James Holland in the 54th and 57th minutes respectively wrapped up a comprehensive victory for the Dubliners who will now face Éire Óg from Carlow in the provincial final. 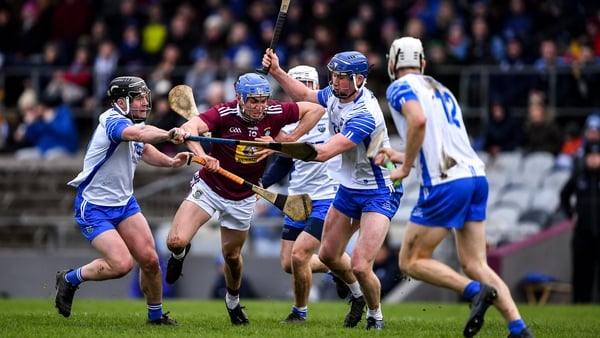