By Clara Hester at Tuam Stadium

Corofin are Connacht Champions for the fourth time in a row, but were made to work for their latest provincial success by a gallant Padraig Pearses side at Tuam Stadium.

Like every other team with such a sizeable trophy collection, one question was being repeatedly asked of Corofin coming into their clash with the Roscommon champions: 'Are they the same team they were?’

From the off it was a tight and physical affair in Tuam with both sides playing a cagey and calculated game in the first half.

The shackles however were thrown off after the restart and the large crowd in attendance were treated some helter skelter football in the third quarter. 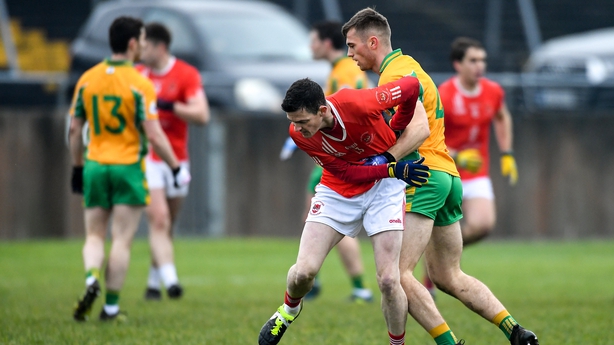 Three points down, Pearses took the game to the All-Ireland champions. Paul Carey slotted two between the posts for the team wearing red and white before he was involved in a well worked team move where Conor Daly found brother Ronan bearing down on goal.

The joint captain’s attempt went wide but it was enough to jolt Corofin into action.

The sides were level in the 42nd minute when Liam Silke stepped up to the mark and blasted the ball past Paul Whelan to put the Galway champions three points ahead.

The favourites now sensed blood and Pearses were exposed again from the resultant kickout when substitute Daragh Silke won the ball in the middle of the park and set Michael Farragher up for another green flag opportunity.

Luckily for Pearses his shot went off the crossbar and over the bar but the Galway side’s familiar ruthlessness in attack was now on full display.

Pat Flanagan’s men continued to battle gamely, but Corofin wore them down physically and mentally and the game became a messy affair with the referee eventually dishing out cards in the double figures.

Shane Carty followed his brother Niall with a second black card for Pearses for a deliberate pull down before Carey totted up the sides third wide of the half. 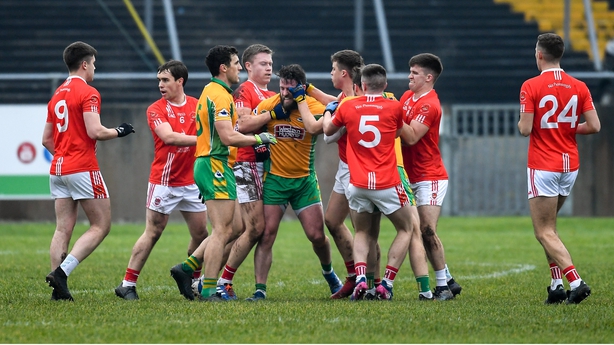 Things went from bad to worse for the Roscommon side when All Star nominee Niall Daly was sent to the line on a second yellow with a little under five minutes remaining.

Corofin substitute Colin Brady slotted one over the bar before Jason Leonard got his third of the day putting seven between them and Corofin well and truly in the clear.