Defending All-Ireland club champions Corofin booked their place in yet another provincial final after a narrow win over Ballintubber at Tuam Stadium.

A goal from man of the match Liam Silke just two minutes into the second half turned out to be the decisive score in this thrilling semi-final as the Mayo champions came up just short despite a late rally.

Ballintubber, who were bidding to win the Connacht club title for the first time, were also aiming to beat Corofin after two previous failed attempts in recent years.

However, they paid the price for a poor third quarter after falling six points behind with fifteen minutes to go and they were unable to close the deficit before the full-time whistle.

Corofin had led by by 0-5 to 0-4 at half-time but they found a higher gear after Silke's raid from defence ended with the ball in the Ballintubber net.

With the wind behind them, a string of frees from Jason Leonard (who also scored from play) were supplemented by a white flag by Martin Farragher to leave the recently-crowned Galway champions up by 1-9 to 0-6.

There had been very little to choose between them in the opening half, but Jason Leonard's late score nudged Corofin ahead at the break after the sides had been level twice.

Ballintubber goalkeeper Brendan Walsh also made a fine save to deny Liam Silke a goal.

The Galway defender wasn’t to be denied though after the restart when he gathered a long delivery from Michael Farragher and finished to the net.

Ballintubber looked to be a beaten docket at that stage but, to their credit, they mustered up a dramatic late comeback as Corofin minds started to wander.

With the clock ticking into injury-time, Corofin’s lead had been pared back to the bare minimum and the All-Ireland champions looked to be on the ropes.

But Kevin O’Brien’s charges showed all of their quality and experience in the final minutes as they managed to keep the Mayo champions at bay and broke away twice to tag on a late point from a free from substitute Darragh Silke to seal a hard-fought victory. 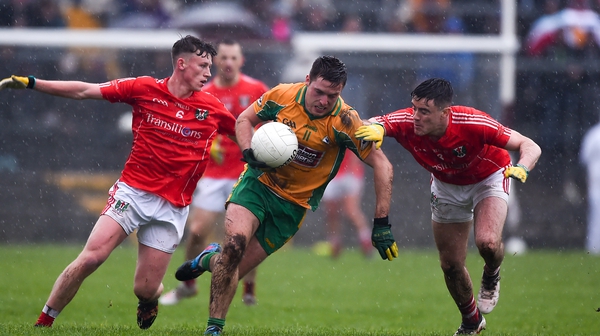