Tyrone and Derry must meet in the preliminary round of the Ulster Football Championship, while All-Ireland champions Dublin start their 2019 campaign against either Louth or Wexford, after the draw for next summer's championship was held in RTÉ studios.

Ulster threw up some of the more intriguing fixtures with rivals Tyrone and Derry paired together before the quarter-final stage. Antrim are waiting for the winner of that game.

Tyrone, Derry, Antrim, Fermanagh and champions Donegal are all on the same side of the competition, which will ensure some high profile sides make an early exit.

Cavan take on Monaghan while Down face Armagh on the other side of the draw.

The prospect of a Munster final between Cork and Kerry remains after the two giants were kept on opposite sides of the draw.

The Kingdom, chasing their seventh consecutive Munster title, will face either Clare or Waterford, with Cork waiting for the winners of Tipperary v Limerick.

It's a similar, if unseeded, story in Connacht with the final being the earliest that Galway and Mayo can meet.

New York will host Mayo and London will welcome Galway in the quarter-finals. Leitrim and Roscommon make up the third quarter-final there.

The winner of New York and Mayo will play the winner of Leitrim and Roscommon, while the second semi-final will be London or Galway v Sligo.

In Leinster, Dublin will be waiting for Louth or Wexford, while Meath or Offaly will take on Carlow.

Westmeath were paired with Laois while Longford will be waiting for the winners for Kildare v Wicklow. 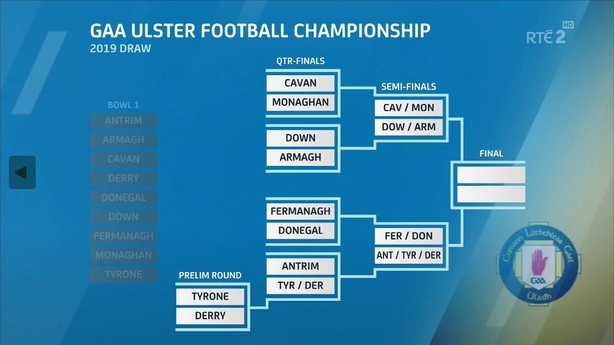 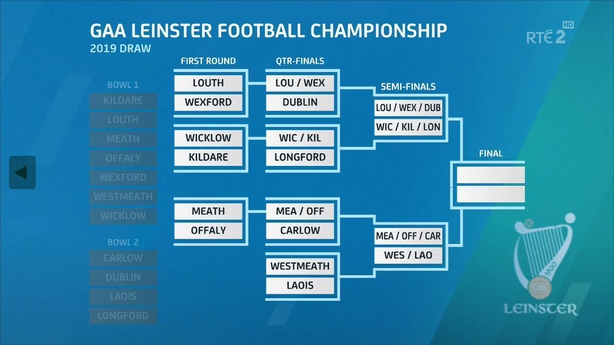 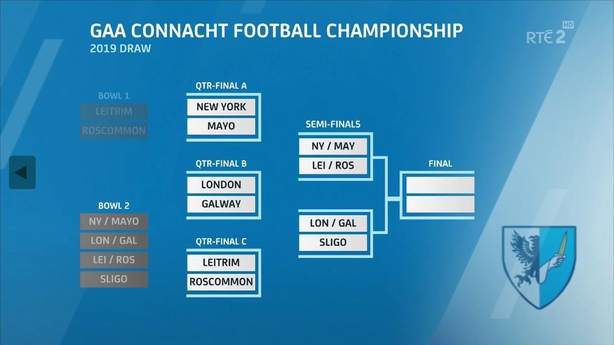 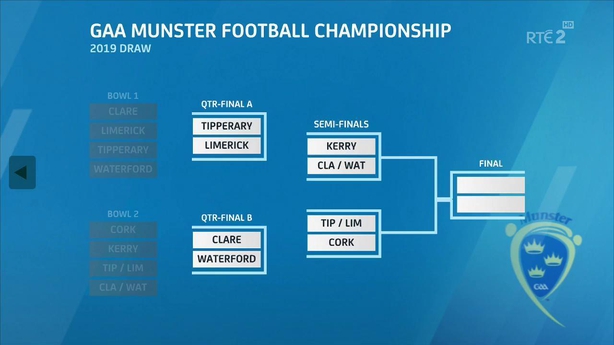