By Ciarán Gallagher at Croke Park

Laois are through to the Leinster SFC final for the first time since 2007 after putting an end to Carlow’s hopes of a fairy-tale run.

The Barrowsiders were aiming to end a much longer wait for a provincial decider, having failed to reach that stage since their 1944 win, but Laois edged a tentative affair by four points to stall a Carlow side out to build on their upset win over Kildare.

The game, as expected was a tactical chess match throughout, with Laois leading by 0-6 to 0-3 at half-time.

Having suffered two League defeats to Laois in the space of a week last March – the latter coming in the Division 4 final – Carlow were also aiming to avoid a hat-trick of losses.

It took six minutes for a score to arrive as Ross Munnelly converted a free. 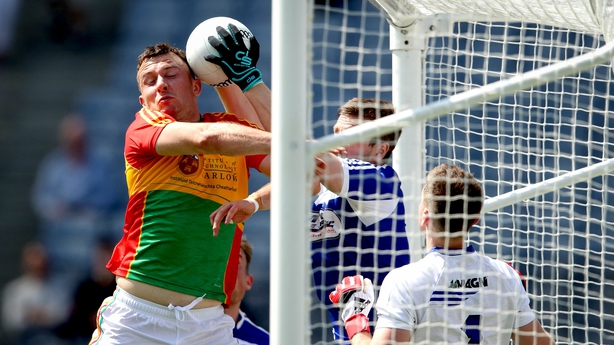 The Barrowsiders had dropped numerous shots short in their Division 4 final loss and they had a similar problem here, Paul Broderick’s first effort in the opening minute did not have the distance while a long-range free from Daniel St Ledger trailed wide.

There was finally a highlight reel score on the quarter-hour mark as Donie Kingston finished impressively off his right boot into the Hill on the turn on the Hogan Stand side, while Carlow  opened their account moments later via Diarmuid Walshe to make it 0-2 to 0-1.

Referee Fergal Kelly made a big call on 24 minutes as he opted not to issue Mark Timmons with a card, despite the Laois full-back pulling down Jordan Morrissey when he was through on goal.

Laois then went on what – in this match at least – amounted to a scoring spree with four points without reply in seven minutes.

Carlow failed to take advantage of another goal chance on 34 minutes as Walshe hesitated in a two-on-one situation and manager O’Brien again fumed at referee Kelly as he subsequently awarded Laois a free out. 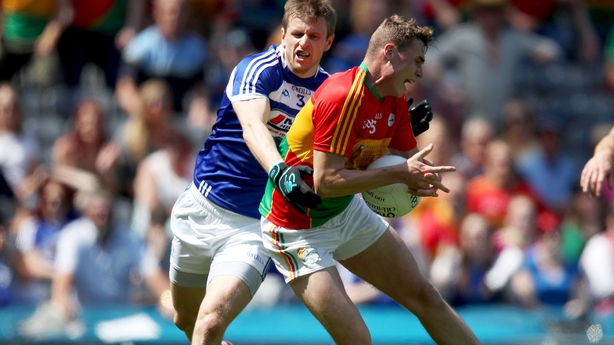 While some of Kelly’s calls were questionable, Laois deserved their three-point half-time lead having showed more initiative in attack.

However, such was the pedestrian nature of the match that Laois keeper Graham Brody went wandering from his goal on a number of occasions.

It was Laois’ turn to struggle with their shooting on the resumption, however, as they kicked three wides in as many minutes straight after the break.

The Barrowsiders were the better side for much of the second half - closing the gap to one on two occasions - but they could not make find the target regularly enough with Donie Kingston and the industrious Niall Donoher edging Laois back in front.

And Carlow passed up yet another chance on goal late on when Shane Redmond failed to fire under pressure.

A John O’Loughlin point then gave Laois some breathing space, while Evan O’Carroll capped the win with a late injury-time score to book a Leinster final date on June 24.

John Sugrue’s only immediate concern will be the wellbeing of captain Stephen Attride, who was carried off in injury-time after a heavy collision.