It was a good morning for the GAA as they got their ‘trinity of motions’ on championship structures passed at Annual Congress.

Croke Park had mounted a major campaign to get these motions through congress and it clearly paid off.

The ‘Super 8’ proposal to replace the football quarter-finals got 76% of the vote, moving the All-Ireland finals forward by three weeks got 78% and the proposal binning replays a whopping 91%.

They were voted on separately, but delegates were left under no illusions but that these were a suite of measures, which they said were aimed at shortening the inter-county season and giving more time for club games to be played.

All of these measures will be introduced in 2018 and will run on a three-year experimental basis until 2020.

The Super 8 was the most controversial motion and certainly generated the longest debate.

He argued that introducing this round-robin stage would do nothing to help weaker counties, do nothing to close the gap between haves and have-nots, will reduce the likelihood of unexpected results in knock-out games and reduce the incentive for winning a provincial title. 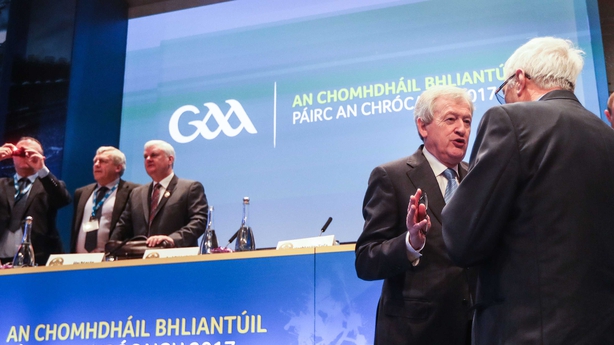 Cork were against the move too, but 11 speakers in succession then stood up and laid out the case for the Super 8s and they were clearly listened to as well over the two thirds required to pass the motion voted ‘yes’.

The Rebels were also against moving the All-Ireland finals forward by three weeks, saying that they would be penalised for having a streamlined club fixture schedule.

He pointed out that with these extra games they would no longer be able to play club championships during the summer.

Croke Park’s argument that it would free up an extra month for club games won convincingly despite this.

Replays were scrapped in all senior championship games, bar provincial and All-Ireland finals. Several years ago though this measure was repealed 12 months later amid concern about the loss of replay revenue.

It is back on the books now and all games, bar those finals, finishing level after 70 minutes will go to extra-time.