Roscommon captured the Allianz Football League Division Two title with a 1-17 to 0-15 win over 14-man Down at Croke Park.

Senan Kilbride shot a string of points, and Ciaran Murtagh blasted home a 61st-minute goal, while Connolly also finished with five for Roscommon.

Donal O’Hare top-scored for Down with five points.

Conor Laverty took just 15 seconds to shoot the Ulster men in front, but Roscommon had built up a 0-03 to 0-01 lead by the eighth minute.

Cathal Cregg, Ciaran Murtagh and Cian Connolly all hit the target, despite being confronted by masses of red and black shirts as Down defended in numbers.

With just Laverty and Donal O’Hare up front, the Mourne men placed trust in their ability to break incisively from the back, but too often they failed to inject sufficient pace into their counter-attacks. 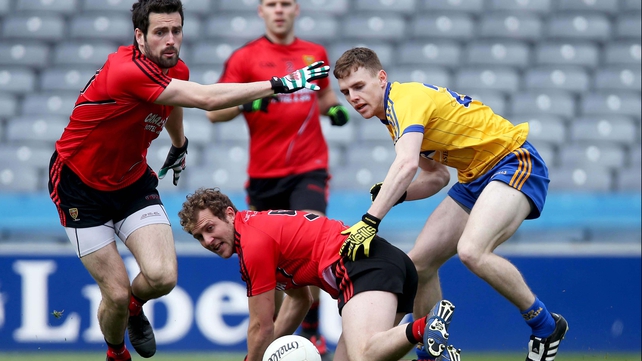 And they were far from secure in defence, and were almost punished when Cregg peeled away from his marker to fire an angled shot wide of the far post.

O’Hare converted a free and centre back McArdle rifled over a levelling point, and with defences on top, the game endured 13 scoreless minutes before Senan Kilbride regained the lead for the Rossies with an excellent point.

They were to be level for a sixth time before the conclusion of a half which ended with a major setback for Down, who lost the influential McArdle to a second booking.

And a flurry of scores for both sides saw Conor Maginn, Caolan Mooney and O’Hare all register for Down, with Connolly and Donie Smith on target for the Connacht side, 0-07 each at the break. 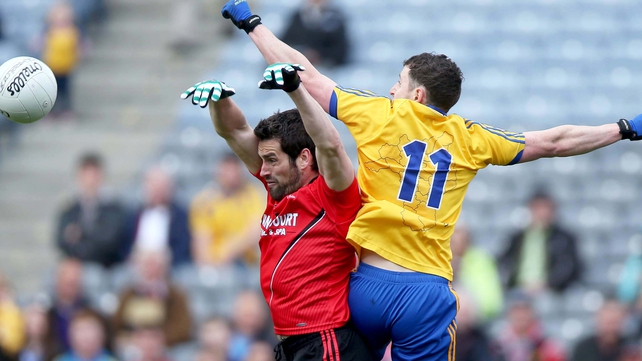 Roscommon rattled off four points in the opening five minutes of the second half, the best of them a Kilbride gem from underneath the Hogan Stand.

Mooney moved to full-forward, and immediately made his vision and creativity count, setting up scores for substitute Peter Fitzpatrick and Kevin McKernan, and the Down men cut the gap to one through O’Hare.

But Roscommon full forward Kilbride was in the mood, dancing around his marker to plant another between the uprights.

Down were now committing more men to the attack than when they had the full complement of players, but there was nothing they could do to stop Kilbride, who could do no wrong in front of the posts, sending over his fourth to keep his side two clear.

Substitutes Diarmuid Murtagh and Donie Shine both weighed in with scores, and with ten minutes to play, Roscommon led by four, assisted somewhat by their opponents’ wayward shooting.

And as the toll of playing with 14 men became increasingly evident, Down’s fate was sealed when Ciaran Murtagh fired a bullet to the net in the 61st minute. 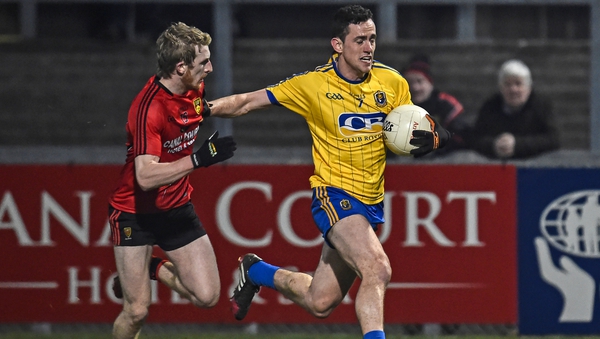 Roscommon hold on as Down battle back