Cork manager Brian Cuthbert believes it was important for the Rebels to beat Donegal in the Allianz Football League Division 1 semi-final following their Croke Park disaster 12 months ago.

This time last year Cork made the semi-finals, yet despite leading Dublin by ten points at GAA Headquarters they collapsed and lost by seven.

Cuthbert admits that his team never really recovered from that defeat so beating Donegal and booking a league final spot in 2015 was vital.

“Its hard to define how much, but certainly in that Dublin game, 10 points up and 17 or 18 minutes  to go, no matter what way you frame it after it’s very difficult to pick up those pieces,” he explained.

“We played Tipperary in the championship soon after that and didn’t perform at all and then had what happened us against Kerry so that time was a tough time for the group.

“It is very early days. We are doing our best and working very hard and it's completely a case of coming here in two weeks trying to perform to our optimum of where we are right now and see where it takes us.”

This 4-11 to 0-19 points encounter was at odds with much of what was displayed in Division 1 to date, with neither side adopting safety-first tactics and a distinct lack of intensity.

It meant for high-scoring, though the paying spectators in Croke Park may have left feeling a little short-changed.

“I suppose it turned into a challenge match, but I would like to think certainly the first 15 minutes didn’t,” noted Cuthbert.

“I think the goals probably killed the game and certainly the last 12 or 14 minutes had a challenge match feel but maybe not from the outset.”

Cuthbert revealed that full-back and captain Michael Shields is a concern for the final due to a thigh injury he picked up blocking a Donegal shot in the second half, which saw the St Finbarr’s man taken off with six minutes to go.

Donncha O’Connor didn’t feature due to a toe injury and the Rebels boss admits that he’s hoping it is nothing too serious.

But he revealed that he remains reasonably happy with where his team are ahead of their Ulster Championship showdown with Tyrone on 17 May.

“We’re different to Cork because I don’t think they’re out until 14 June. Our guys’ legs weren’t fresh coming into today and I think that had a toll on us,” he said.

“We’re really pleased with where we’re at in terms of the fitness within the squad with no real serious injuries at all.

"Neil Gallagher didn’t play today, but he could have done no problem and other than that we have no worries. We’d expect Neil back in collective training on Tuesday night and we have a full squad.

“One of the main aims was to get Colm (McFadden) back out on the pitch again for a start and get Anthony Thompson in and give Eoin McHugh a start as well. Michael Boyle too and we thought they fitted in pretty well.” 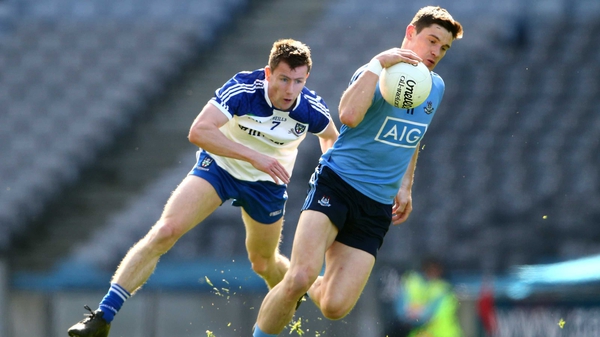 As it happened: Football league semi-finals