Successive relegations is a huge blow for a county like Kildare. That's their lot after Sunday's defeat to Galway in Tuam. Next spring, the Lilywhites will operate in Division 3 of the Allianz League.

Westmeath also fell through the trap door again to land in the third tier.

Much has been said about the widening gap between the Dublin and the rest in Leinster and in 2016 only three teams from the province will play out of the top two tiers - the Dubs in Division 1 and Laois and Meath in Division 2.

For Kildare manager Jason Ryan, there was no hiding his disappointment as he watched his side lose their tier-two status against Kevin Walsh's Tribesmen.

Speaking to RTÉ Sport, he said: "It's very disappointing and it's disheartening. It's hard to take.

"Today was the final nail in the coffin but unfortunately over the course of the league we haven't had the level of consistency that is required to retain our position in the division.

"A lot of work is now required" - Jason Ryan

After last weekend's win over Laois, Ryan felt his side could kick on against Galway, but felt "things didn't quite happen" for them against the Tribesmen.

"Things were positive after the Laois game and guys were really looking forward to Galway but the level of consistency during the course of the game wasn't where we needed it to be," he said.

Kildare and Ryan must now look ahead to the championship and a date with either Laois or Carlow on 6 June.

Ryan was quite blunt in his assessment of what the side need to do between now and then.

"A lot of work is now required," he said. "We have to get a greater belief back into the side."

Meanwhile, Westmeath manager Tom Cribbin said some of his more established players "lay down" in the defeat to Roscommon that condemned his side to relegation.

"There’s a few big players just not performing for us," he told Midlands 103fm. "I don’t know why or what’s wrong. You need your big players to perform if you’re going to deliver.

"When you’re you’re seeing the likes of young Killian Daly probably one of your best players, just a young lad into the game, and you’re expecting poor young Shane Dempsey in his first year to come on and win matches for you...

"These big players are not standing up. I don’t know why or what’s going on with them but it’s the main lads.

"The other lads work, they put everything on the line, the smaller lads there, lads that are general average players.

"They gave it everything but the few big lads who should be standing out and leading lay down and that’s the trouble with this team.

"It’s lads who should be leading, chest out and showing these young lads where to go, they’re the ones that are killing this team.

"There are hard questions to be answered and asked in the next week or two. We might have to go on without a clatter of these players and just start working on these young lads for the future." 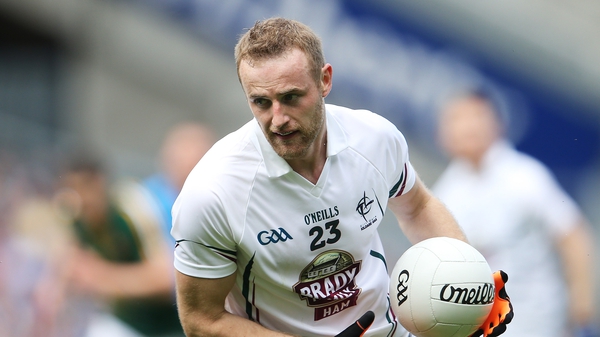