Amid much discussion on the current state of Gaelic football, new International Rules manager Joe Kernan believes that if teams “keep their shape” they can still manage to outwit the blanket defence.

Kernan’s comments came at his unveiling as Ireland boss for the two-year period, beginning with the match against Australia at Croke Park next November.

While accepting that “football is going through a funny period”, the former All-Ireland winning manager was less pessimistic.

“The one thing that is lacking in the game at the moment is that teams lose their shape,” he said

“If you lose your shape you have nowhere to get the ball to your half-forward line or full-forward line.

"You don't need 15 men behind the ball - just keep two in the full-forward line; two in the half-back line. If you move the ball, long or fast, you still have somewhere to aim at when you break out of defence."

The Armagh native went on reference Donegal’s Sam Maguire triumph in 2012 as the template to how a team can emerge from being ultra defensive to being more purposeful in their attacking intent.

"When Donegal won the All-Ireland, they developed their game from the previous year when they lost to Dublin in the semi-final.

"In the final against Mayo they played a direct game early on, scored two goals and had the game won from some way out.

"When people start to work on something it takes a while to develop. It doesn't happen overnight. Last year, while Donegal were defensive against Dublin (All-Ireland semi-final), they kicked a big score."

Kernan also hit out at those who are constantly criticising the game.

"Some commentators will be negative all the time and if we listen to them we're as well to shut the gates at every ground in the country,” he opined.

"There is no need to do that. We're not at that stage yet. The people who play the game well will keep playing it well and the others, I hope, will follow.

"I don't have concerns about the game, but I think people need to look at what works for them and how they can improve it." 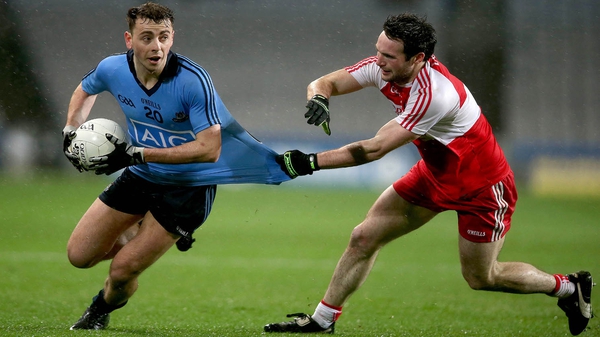