Micheal Lundy scored three points for the Galway kingpins before Martin Farragher steered home a 17th-minute goal to give them a commanding 1-08 to 0-03 interval lead.

Gary Sice finished with a five-point haul as the Connacht champions won comfortably, with Gerald Bradley top-scoring for Slaughtneil, who were denied a late consolation goal when Cormac O’Doherty rifled his penalty wide.

Slaughtneil carried the early attacking threat, with Chrissy Bradley and Chrissy McKaigue firing over points, but the movement, support play and intricate passing of the Galway champions soon had them in trouble. 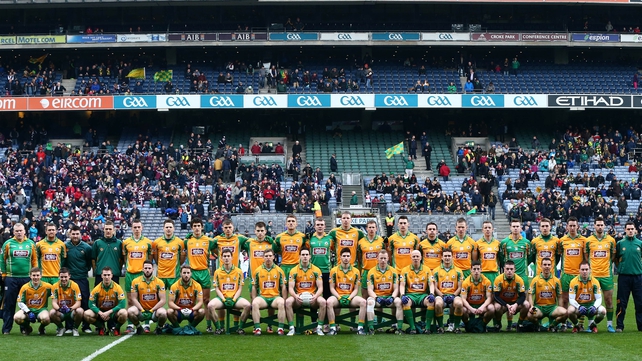 They reeled off 1-05 without reply between the 12th and 23rd minutes to take a firm grip on the contest.

Daithi Burke and Ronan Steede secured the lion’s share of possession around midfield, and Lundy displayed his class as a ball-winner and a finisher, steering over three points from play in as many minutes, one of them from a loose ball after Antoin McMullan had saved superbly from Burke.

The Galway men did hit the net in the 17th minute, Sice fetching in spectacular fashion before sending Martin Farragher in for a low finish to the corner of the net. 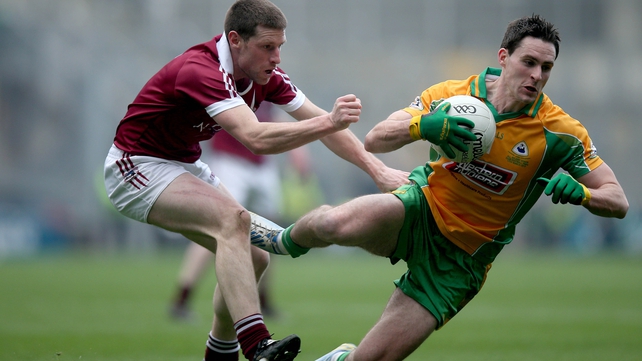 The Ulster champions had gone 15 minutes without a score when Gerald Bradley raised a white flag, but Corofin were soon back on the attack, and McMullan had to come to his side’s rescue again, saving from Martin Farragher.

Liam Silke’s long-range free sent the Connacht title holders in with a 1-08 to 0-03 interval lead, and they continued to frustrate the creative strategy that had carried the south Derry men to their first Croke Park decider.

Gerald Bradley and Padraig Kelly did register scores, but Stephen Rochford’s game plan was implemented to the letter by a disciplined and well drilled Corofin outfit, with the experienced Kieran Fitzgerald organising their solid defence and Greg Higgins putting in tackles and turnovers. 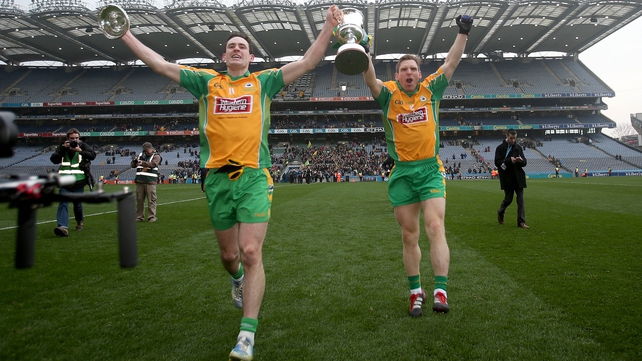 Ronan Steede and Ian Burke added their names to the scoresheet, and Slaughtneil needed a perfectly-timed tackle from Barry McGuigan to halt the flying Lundy in his tracks.

Sice kept them comfortably in front with another couple of converted frees, and sub Joe Canney scored with his first touch.

The award of a penalty for a foul on Cormac O’Doherty came much too late for the Emmets, but O’Doherty blazed the stoppage-time spot-kick wide as Corofin triumphed. 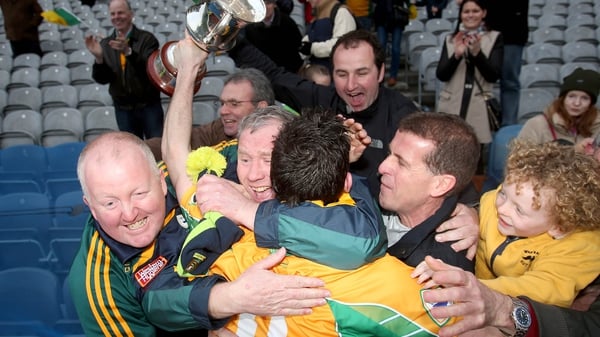 As it happened: Ballyhale and Corofin crowned