Mayo co-manager Pat Holmes says they will have to learn and adapt to blanket defences after falling to a four-point loss to Tyrone at MacHale Park.

The Connacht champions were masters of their own demise, however, kicking a grand total of 15 wides against Mickey Harte’s men.

Holmes, in his first league campaign as joint manager with Noel Connelly, told RTÉ Sport that the new duo will have to get up to speed with how to counter massed defences.

“It’s the first time as a management team that we’ve ever been faced with 15 players behind the ball," said Holmes

"It’s something that we got to look at it and see if we’re faced with it again that we deal with it and cope with it better."

Holmes did admit that their decision making could have been better when they were in their opponents' half. "Maybe we should have showed more patience on the ball and recycled it a bit more with a view to working ourselves into better positions

"But in saying that we were under severe, severe pressure defensively from Tyrone with the number of players that they had behind the ball.

"You could say we are creating the opportunities but not the type of opportunities we would like to create. We were taking shots that were maybe 40% success chances and that’s something we have to look at."

All 15 players inside Tyrone's own 45! #defensive pic.twitter.com/kDDZQsIPVT 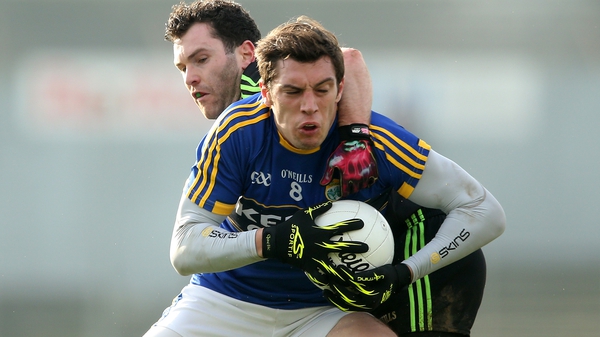 Mayo's Pat Holmes: We were sharper than Kerry