Cork boss Brian Cuthbert has highlighted the importance of the two points gained after his side beat reigning champions Dublin in their opening Allianz Football League Division 1 clash at Páirc Uí Rinn.

The Rebels prevailed on a 1-15 to 0-16 scoreline, with Jamie O’Sullivan grabbing a vital first-half goal. Next up is a trip to Monaghan, the first of four away games for the Munster men in this spring campaign.

“We have four very tough games on the road and Mayo are still to come here,” he said.

"Today was a game that we needed to get two points on the board.

“I felt the game could have gone either way but I was very happy with the finish we produced. We have a bit of work done and that showed late on. Dublin were short a few players so it was important we got the points."

“At that point Dublin were after shooting two or three points and we were under a small bit of pressure,” he added.

“The goal gave us confidence and made half-time a bit different, giving us the opportunity to push on in the second half.”

Getting the victory obviously pleased the Rebels manager, but he found time to pay tribute to the travelling support on Leeside.

“The terrace was full of Dublin people. Great credit is due to them for the amount of support they get. If we could get equal support for our away games we’d be more than happy.

"Dublin GAA is in a strong place and any time we get the better of them we’re delighted.” 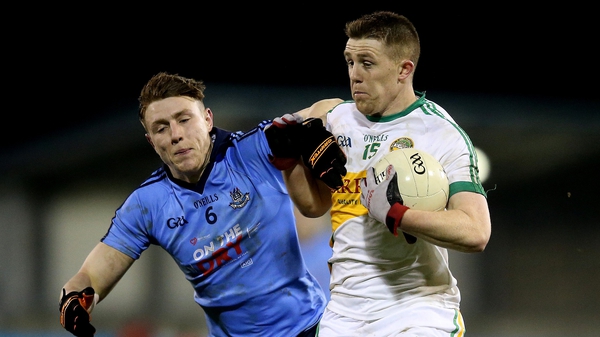 Jim Gavin: Opportunity knocks for Dublin players ahead of league and championship campaigns