Roscommon will meet Galway in the final of the Connacht FBD League after overcoming Mayo at MacHale Park by five points, 2-12 to 1-10.

The Connacht champions, after recording two wins, only needed a draw to reach the final but trailed from start to finish.

Diarmuid Murphy’s goal with just over a quarter of the game played handed the visitors a 1-03 to 0-02 lead, while points from Jason Doherty (4) and Kevin McLoughlin (2) kept Mayo in touch at 1-06 to 0-06 at the break.

However, it was the Rossies who came out strongest in the second half and Mark Nally’s goal had them seven points ahead.

Alan Freeman converted a penalty but it was too little too late for Mayo, who managed just two scores from play over the 70 minutes.

Galway, who had already qualified for the final, were comfortable winners over GMIT in Moycullen.

At Markievicz Park, Sligo scraped past Leitrim on a 2-09 to 1-10 scoreline.

Adrian Marren hit four of Sligo’s five first-half points, while Kevin Conlon was to the fore for Leitrim as the sides went in level at the break.

Pat Hughes, for Sligo, and Ronan Kennedy then swapped goals as the tit-for-tat nature of the contest continued, leaving the sides level at 1-06 apiece with 41 minutes on the clock.

Marren then scored Sligo’s second goal and despite late points from Conlon and Barry Prior, the home side held out. 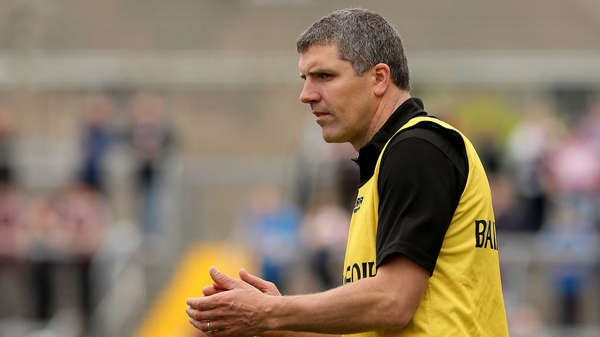