It may be pre-season, but Down manager Jim McCorry is keen for his side to make it to the knockout stages of the Dr McKenna Cup.

The Mournemen got their campaign back on track with a 1-12 to 0-11 win over Monaghan on Sunday - a marked improvement from their opening round defeat to Cavan.

McCorry, who succeeded James McCartan as Down boss last autumn, is keen to maintain the winning thread. as doing so would allow him to get to see as may player as possible before the commencement of the Allianz League.

Speaking to RTÉ Sport, he said: "Everybody plays football to enjoy it, but also to win. We want to keep winning every game we play. If we advance in the competition, then that's more football for us. If we do make make the knockout changes, we'll have our University contingent back.

"As of now we have 17 players missing, not all third level I must say, but it would be great to progress so we could have a look at these guys."

"If we advance in the competition, then that's more football for us" - Jim McCorry

McCorry has overseen a lot of work with his charges in the off-season, though he felt that regime was not quite on the pitch for last week's home clash with Cavan.

"We did a lot of work pre-Christmas. Arising from that, I thought we were a bit heavy-legged and there was a bit of nervous energy on display against Cavan," he added.

"We looked a lot fresher and we worked a lot harder for each other against Down.

"With Cavan beaten by UUJ [on Saturday], we certainly had to win or else it was over from our point of view." 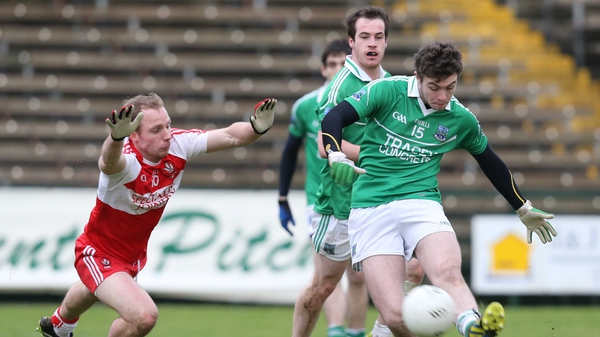