St Eunan's won their 14th Donegal county title when they dethroned Glenswilly in the final in MacCumhaill Park.

In front of 6,000 supporters, the final was not high quality with defence the order of the day, but the much more youthful St Eunan's proved the better team.

St Eunan's had most of the possession in the opening half but they hit eight wides. At one stage they led by 0-04 to 0-01 but Michael Murphy took a hand in proceedings to win and point a free.

He then set up Brian Farrelly to score and finally hit a free from 45 metres and just a couple of steps from the sideline to level matters after 29 minutes at 0-04 each.

St Eunan's sharpest forward Conor Gibbons edged the Letterkenny side ahead again to lead by 0-05 to 0-04 at the break.

Conall Dunne was the other scorer for St Eunan's hitting two frees and one great effort from play.

The second half was more of the same with Sean McVeigh edging St Eunan's two clear only for Gary McFadden to peg it back to one.

Then Conall Dunne, from a free, and Conor Park, up from corner-back, opened the gap to three.

Michael Murphy landed a 45 with eight minutes left but they were unable to bridge the gap and Conall Dunne had the final point from a free from the last play of the game.

John Haran was named man of the match as the veteran was playing in his 12th final. 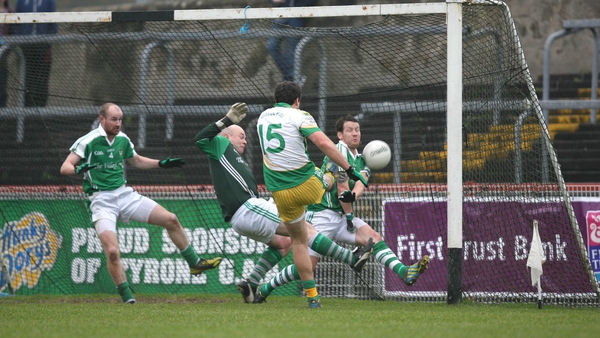