In Kerry, Austin Stacks and Mid Kerry must do it all again next week after their dramatic draw in Tralee.

Mid Kerry went 1-01 to 0-01 up when Gavin O’Grady got the first goal of the match. However, thanks largely to points from Shane Carroll and Daniel Bohan, Stacks edged ahead 0-08 to 1-03 midway through the half. Kieran Donaghy then did what he does best when collecting a high ball before slipping it past Michael Moriarty for a goal and a five-point lead for Stacks.

Darran O’Sullivan and O’Grady replied for Mid Kerry to leave it 1-8 to 1-05 in Stacks’ favour at the break.

The sides traded points in the second half until a Donnchadh Walsh effort sailed over Darragh O’Brien and under the bar into the Stacks net to level the contest at 2-07 to 1-10.

Stacks replied with points from Mikey Collins, Shane Callaghan and Donaghy, but Mid Kerry came back again to level it with two more O’Brien frees.

And to add to the drama, both O’Grady and Carroll missed chances at the death to win it for their clubs, who meet next Sunday in either Tralee or Killarney. 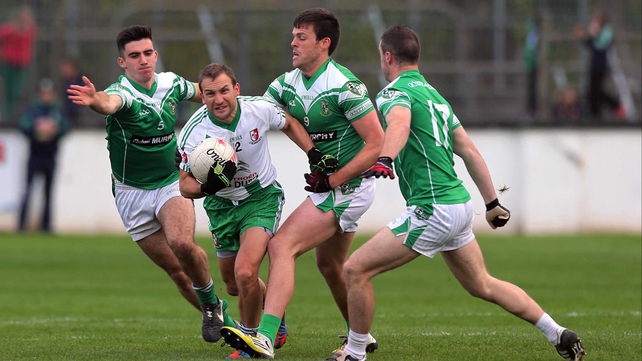 In Kildare, Moorefield retained their title following a 1-14 to 1-06 victory over Sarsfields in the replay at St Conleth’s Park.

Sarsfield got off to a flier with a goal after two minutes by Robbie Confrey. However, Ciaran Kelly goaled in return for Moorefield on 15 minutes and they never looked back after that.

Moorefield went in 1-07 to 1-02 ahead at half-time, and despite Alan Smith managing five points for Sarsfields, Moorefiled had it easy in comparison to last week thanks largely to Kelly finishing with 1-03, while Éanna O’Connor (0-04) and Adam Tyrrell (0-03) were also on form.

In the Westmeath final, Dessie Dolan inspired Garrycastle to silverware and a seventh county title following a 1-11 to 0-08 win over Mullingar Shamrocks at Cusack Park.

Garrycastle led by 1-03 to 0-03 at half-time, and despite Ciaran Curley and Lorcan Smyth responding for Shamrocks, Dolan, who added three, and Michael Monaghan eased them to a six-point victory. 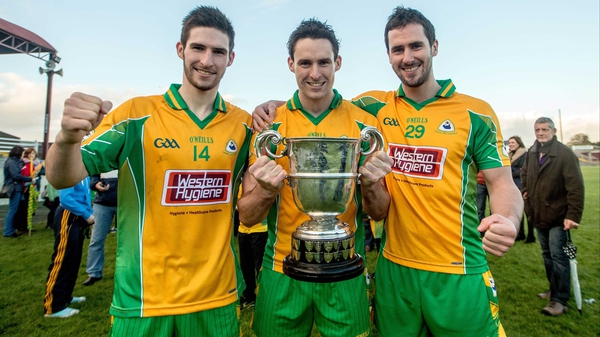