Dublin star Michael Darragh Macauley has called on the GAA to consider allowing teams to bring on a concussion substitute, similar to the blood-sub rule currently in operation, which allows teams to replace a bleeding player without using one of their five allotted switches.

Macauley, an ambassador for Acquired Brain Injury Ireland, was addressing today's Dail committee meeting on the issue of concussion treatment in sport.

The 2013 All Ireland final saw his Dublin team-mate Rory O'Carroll suffer a head injury after a heavy collision with a Mayo player but remain on the pitch.

Dublin had used their full complement of substitutes at the time so O'Caroll remained on the pitch, unwisely in Macauley's opinion.

"Rory was in no state... he could have been on a beach in Spain and he wouldn't have known the difference," said the 2013 Footballer of the Year.

"But there were no substitutes left, so he was left to wander around the pitch. He was no use to anyone.

"This might be an issue for the GAA to look at, like a blood sub, maybe there should be a brain-injury sub."

“I know at first-hand what it feels like," he added. "You are no good to anyone being on the field when you are like that.

“We think that because we can’t see it [concussion], it will be grand and we will stay on the pitch even though we know inside that something is not right.

"This comes down to the warrior ethos within many sports, including the GAA. It should be more than acceptable and, in fact, admirable for a player to sit out after receiving a concussion.

“The coach or the management team must make the decision for the player to sit out. All any player wants to do is finish the game at the final whistle and preferably on the winning team.” 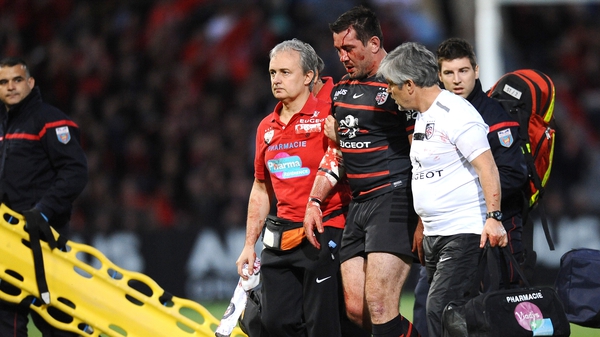