The Ulster side upset the odds with a deserved 3-14 to 0-17 success and can now look forward to second All-Ireland final appearance in three years when they take on Kerry on 21 September.

For Earley, the way Donegal went about their task in nullifying the Dubs and the role that their manager played in achieving that was most noteworthy.

While many associate Donegal for their defensive capabilities, Earley highlighted other aspects to their game that shone through against the Dubs.

“People talk about Donegal as been a defensive team but the quality and the skill they displayed on Sunday was of the highest standard,” he added.

“They coped well with Dublin early on, even though Dublin had goal chances. Indeed, the second goal chance that was saved by Paul Durcan was a crucial turning point in the game.

"The performance that Donegal produced, against all the odds, was phenomenal."

“Once they weathered the storm, they got a firm grip on the game. I thought Christy Toye’s introduction was very significant. Their key players got on the ball and started to influence the game and once Donegal went ahead, as we have seen in the past, they are almost impossible to pull back.”

Dublin, for all their swashbuckling play this year, could not unlock the Donegal rearguard to get the goals that may have altered the course of the game. While praising the efforts of some, Earley felt that as an attacking threat, the Dubs did not really function on the day.

“Paul Flynn and Diarmuid Connolly got some outrageous points - an absolutely phenomenal display of long-range kicking. You won’t do that for the whole of the game, though.

“Dublin, in the end, ran out of ideas in their forward line, an experienced enough forward line at that. They needed to get goals, but Donegal just shut up shop.” 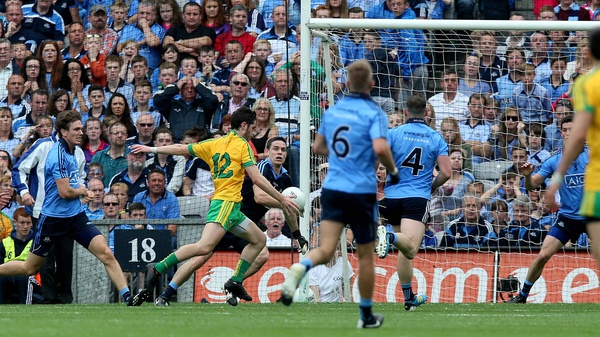