Former All-Ireland winner and sports psychologist Enda McNulty has suggested that the “hype machine” that surrounded Dublin was an important factor in their SFC semi-final loss to Donegal.

Speaking on RTÉ’s Today programme, McNulty said that Donegal had got their approach to the game right from a psychological point of view, and that Dublin got it wrong. He suggested that hype had been a factor in Dublin’s undoing.

“We have to also take into account here the hype machine that was in place around the Dublin team over the past 24 months, maybe even 48 months. Everyone spoke about [...] this was an unbeatable team.”

The former Armagh star said that while a lot of people were backing Dublin strongly to defend their All-Ireland crown, history over the past 30 years should have suggested how difficult a task was in store for Jim Gavin’s men.

“It’s incredibly difficult to back the All-Ireland up, and it’s even more difficult in Dublin, because the hype around this Dublin team over the past three months was phenomenal; I’ve never seen the likes of it.

“There was some of the Dublin party saying this was like an All Blacks team.

"Most counties unfortunately only start to develop a gameplan about March or April. Donegal have worked on this gameplan now for four years" - Enda McNulty

Asked the areas where Donegal had won the game, McNulty said that Jim McGuinness’ men had gotten their gameplan right, and had had the confidence to control the pace and momentum of the game. Donegal’s long-term planning had also been crucial, he suggested.

“It went right in the preparation,” McNulty said. “It went right last November, last December, last January, February, March, when they were putting together a very strong tactical gameplan.

“Jim McGuinness, immediately after the match, [was] speaking about the execution of the gameplan. Most counties unfortunately only start to develop a gameplan about March or April. Donegal have worked on this gameplan now for four years. They are masters at developing and executing the gameplan.”

This confidence in the gameplan stood to Donegal in the first half, he suggested, when Dublin raced into a first-half lead.

"The Donegal players in the first half knew to weather the storm. It’s a big skill for a senior player in a team to know, like their goalkeeper did, stop the game in the white heat, to make sure you kill the momentum of the game.”

He also suggested that Donegal’s style of defence had nullified the impact of Dublin’s substitutes, who had proved hugely effective in their championship outings up to Sunday.

“I believe that the phrase about a blanket defence is obsolete. It’s now a blitz defence. In other words, there were 12-13 players in there defending, so how can a guy like [Kevin] McManamon, who is a brilliant player and deserves a lot of credit... he was running into five tackles, whereas in last year’s semi-final [...] he was running right up the middle with nobody attacking him and putting the ball in the net.” 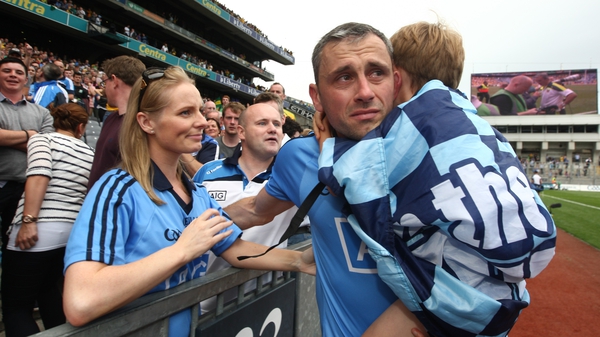