Stephen Coen and Brian Curran struck at the death in Aughrim to seal Sligo's first All-Ireland football qualifier victory success in five years as they beat Wicklow 0-12 to 0-10.

It wasn't an epic encounter, but Sligo won't make any apologies for the quality of the play having lost all of their previous qualifiers since 2009.

Pat Flanagan's side never trailed in front of a crowd of approximately 3,000, but they were never out of the woods either and Wicklow were level at 0-10 apiece with just seven minutes remaining.

That was when Coen came to the fore, booting his second point in the 67th minute to edge Sligo ahead. Curran's fisted effort a minute from time proved the insurance score.

Sligo made three changes to their line-up before throw-in, drafting in midfielder Kevin McDonnell and half-forwards James Hynes and Curran.

And they hit the ground running, moving four points clear early on thanks to points from Hynes, Charlie Harrison, Mark Breheny and a converted sideline from captain Adrian Marren.

But three Wicklow scores in a row, two of them from full-forward Seanie Furlong, hauled them back and set the tone for a tit-for-tat encounter.

The sides were level on 0-6 apiece after 26 minutes when Rory Finn capitalised on great work by Leighton Glynn to point for Wicklow.

Sligo's firepower was equally intimidating though with Marren and David Kelly proving a real handful. Marren converted a 31st minute free to put Sligo ahead again before a converted ‘45 by goalkeeper Aidan Devaney.

They edged the first half by 0-8 to 0-6 and just about deserved their lead.

The second half continued in the same vein. Both teams traded points early in the half, but it descended in a tense, error-strewn affair.

At one stage, the teams had nine shots between them without a single score being registered.

Coen eventually put the Connacht men two ahead again with 10 minutes left, 0-10 to 0-8.

Back-to-back Wicklow scores from Niall Gaffney and Daragh O'Sullivan tied it up again by the 63rd minute, before Coen and Curran sealed the victory. 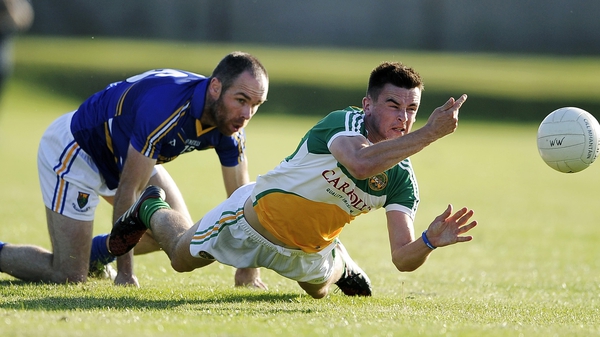