There will be an all-Ulster clash in the second round of the All Ireland SFC qualifiers after Tyrone were drawn against the losers of the Monaghan v Armagh Ulster semi-final replay, following this morning's draw for Round 2A and 2B.

Monaghan and Armagh finished all square 0-14 each in Saturday night’s Ulster semi-final in Clones with the teams set to replay next weekend.

Tyrone, meanwhile, cruised into the second round of the qualifiers with a comfortable 2-21 to 0-10 win over Louth at Healy Park.

Elsewhere in the draw, Cavan will take on Roscommon in a repeat of their Division 3 league final meeting - which Roscommon won 1-17 to 0-18 - while yesterday's Leinster semi-final losers, Wexford and KIldare, will face Laois and Down respectively.

All-Ireland SFC qualifiers Round 2A

All-Ireland SFC qualifiers Round 2B
(Games to be played on Saturday 12 July, times TBC) 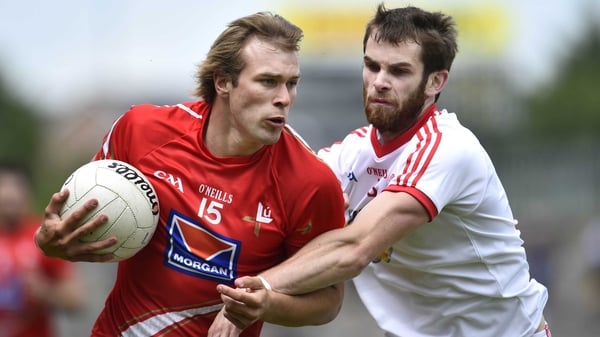