Meath manager Mick O’Dowd felt that their period of dominance just after half-time was crucial in the victory over Kildare in the Leinster SFC semi-final at Croke Park on Sunday.

That surge saw the Royals push 2-13 to 0-07 clear of their rivals. However, the Lilywhites did eventually stir themselves and narrowed the gap to five points at the finish.

O’Dowd told RTÉ Sport that the side were determined to build on their five-point advantage at the break.

He said: “We focused at half-time to ensure that any Kildare dominance did not come at the start of the second half. We played well at that point and that’s the spell where we won the game.

“Thereafter, we were a little concerned when they did get a bit of momentum.  However, in that period we got crucial scores from Joey Wallace, David Bray and Andy Tormey and it helped to break their momentum.”

Overall, the Royals boss was pleased with his side’s performance as he looks forward to another provincial final date with Dublin on 20 July.

“We created a lot of goal chances, particularly in the first half and I thought we were unlucky with some of them,” O’Dowd added.

“Kildare hit the crossbar in the second so they had chances as well. They came through us a little too easily in the last ten to 15 minutes. Overall, though, we’re very happy with the display.

“We’ve prepared well over the last couple of months. People were probably wondering about all our injuries but there is a strong unity and belief in the camp.”

Looking ahead to three weeks’ time and the clash with the Dubs, O’Dowd is hoping that his side can do themselves justice for the full 70 minutes. 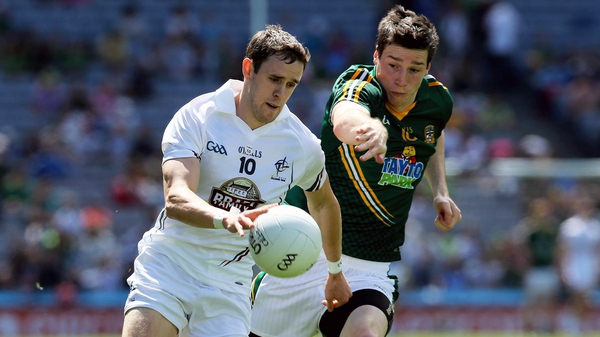