Antrim boss Liam Bradley was left to rue two “minutes of madness” as his side crashed out of the Ulster Championship to Donegal.

The sides were level at the break at 0-07 apiece but goals from Leo McLoone and Darach O’Connor just after the break allowed the 2012 All-Ireland champions to forge a 13-point win to book a place in the Ulster final against either Armagh or Monaghan.

"All the good work we done in the first 35 minutes was undone in two minutes of madness when we gave away the ball twice and Donegal made us pay for that and scored the two goals and ultimately that there was the difference.”

Donegal manager Jim McGuinness was happy that his side coped well without some of their more established players.

“With Karl Lacey and Rory Kavanagh out, and then big Neil [Gallagher] going off it was up to somebody else to step up to the plate and try and lead the team and thankfully some of the younger boys done that, in particular.”

McGuinness went on to say that he was not surprised with Antrim's start to the game.

"I was in Brewster Park (when Antrim beat Fermanagh) and Antrim had 1-10 kicked in the first 31 minutes. You could see they had a lot of work done in their forward division and in their movement, passing and support play," he added.

"They brought that to the table again. We knew that in advance and we're prepared for it. They asked a lot of questions of us in the first half but thankfully we eventually got a grip of things." 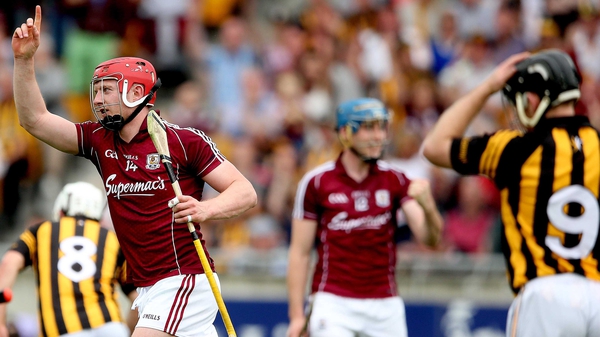 As it happened: Sunday’s GAA action