Tipperary have claimed a first victory in the Munster SFC since 2003 with a 2-14 to 1-11 victory over Limerick in Saturday's quarter-final clash at the Gaelic Grounds.

Barry Grogan and Philip Austin scored the goals for Peter Creedon's impressive Premier County outfit, who will now play Cork in the Munster semi-final on 21 June.

Tipp were full value for the win on a sweltering evening as the visitors went for the jugular from an early stage. And their attacking intent was evident by the presence of three half-backs on the scoresheet.

Debutant Colin O’Riordan and Robbie Kiely scored a point each, with Peter Acheson notching a brace.

Acheson was superb at left-half-back and if he was the pick of the defence, Austin was the star turn in attack.

Borrisokane clubman Austin ran himself to a standstill and his second half goal was brilliantly taken.

At midfield, George Hannigan enjoyed arguably his greatest ever championship game for Tipperary as the visitors turned the screw.

At half-time, the victors were 1-07 to 0-06 clear against a Limerick side that mustered just one first half point from play.

That came from Ian Ryan just before the interval, after Tipp had managed the only goal of the first half.

It was a simple finish for Grogan in the tenth minute, as the Aherlow hitman took advantage of Donal O’Sullivan’s failure to deal with a high ball. 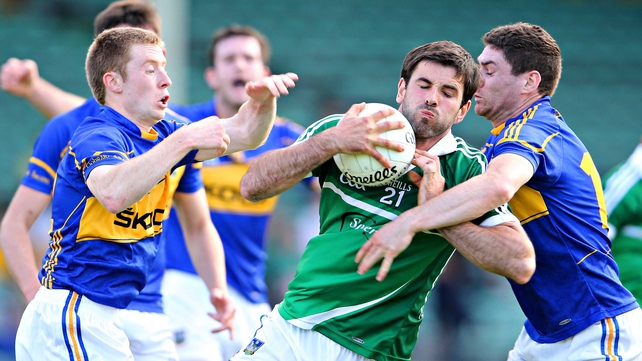 O’Sullivan did deny Grogan from a second half penalty but the goalkeeper was lucky to remain on the pitch as his pull-down of Ian Fahey could have been deemed a black card.

Tipperary suffered early black card woe when experienced defender Ciarán McDonald was dismissed after just four minutes for a foul on Ryan. But they managed to cope well with that early setback and were full value for that four-point interval lead.

Eoin Hanrahan was Limerick’s most dangerous looking attacker as the Shannonsiders laboured with the breeze.

He forced Tipp goalkeeper Paul Fitzgerald into a 27th minute save but otherwise, Creedon’s men were unruffled.

The winners kicked on in the second half and were ten points clear on separate occasions before Hanrahan’s brilliantly-taken penalty with eight minutes remaining brought some life back into the Treaty side's challenge.

Paddy Codd was penalised for a foot-block but the Tipp full-back and captain was a couple of yards away from Pa Ranahan’s shot when it struck him.

Hanrahan tagged on a pointed free but the Allianz Football League Division 4 champions held firm to claim a badly-needed win. 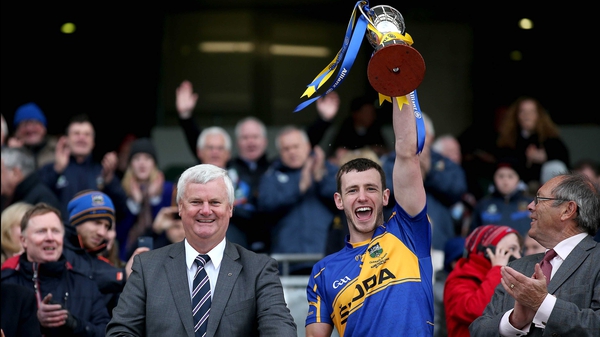