Down manager James McCartan admitted to mixed emotions after a stunning comeback by his side was halted by two late Sean Cavanagh frees, which earned Tyrone a draw.

“I'm probably a mixture of relieved and disappointed," said McCartan.

“At half-time, I certainly would have taken a draw, and definitely when they stuck in the second goal and we went six or seven points down.

Donal O'Hare missed a late scoreable free which would probably have put the game beyond Tyrone's reach but McCartan was in no mood to play the blame game.

“That’s just one of those things," he said. "If we have another one of those frees next Saturday night, the same man will be stepping up, because he’s our go-to player.

“I’m not too disappointed with that, only for Donal we would have been in Division 3 or 4 the last couple of years. He’s got us out of plenty of jails.

As for the notion that Down missed their chance, McCartan pointed to their 2008 replay win over the same opposition as reason to remain confident.

“People will be saying we missed the boat and the favourite usually comes good the second time but it didn’t happen in ’08 so we’ll try and replicate that.” 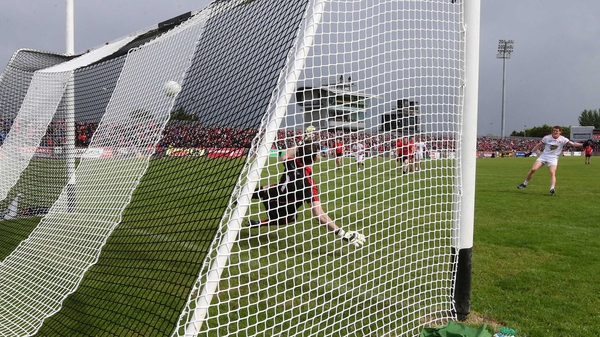