They say that timing is everything and Mark McHugh’s decision to quit the Donegal football is far from ideal, just over three weeks out from the clash with Derry in the Ulster Football Championship.

McHugh, along with Thomas McKinley, Gary McFadden and Anton McFadden have all opted out of Jim McGuinness’ plans for the summer.

Of the quartet, Kilcar clubman McHugh is the star name – a player who was instrumental in Donegal’s march to All-Ireland glory in 2012.

McHugh started in six league games this spring. He picked up an injury in the warm-up against Armagh on 6 April and did not play at the Athletic Grounds. In last Sunday’s Allianz League Division 2 final against Monaghan, he came on as a first-half substitute for Christy Toye.

The 2012 All Star did not attend training on Tuesday night and 24 hours later gave notice that he would not be part of the county set-up for the foreseeable future.

The shock wave of these latest departures will no doubt be acutely felt within Donegal. Another tremor hit home last autumn when Jim McGuinness’ backroom team – including loyal lieutenant Rory Gallagher - walked away.

McGuinness subsequently put a new management team in place and promotion back to Division 1 was achieved this spring.

However, the loss of McHugh is a big blow – a point echoed by Donegal Democrat journalist Peter Campbell.

Speaking to RTÉ Sport, he said: "Mark was a key part of the All-Ireland success.

"He typified the high-energy game that Jim McGuinness deployed. He’s a great ball-carrier.

"With ball in hand he would make those surging runs from the full-back line all the way up to the full-forward line and was a regular scorer for Donegal in 2011 and 2012."

As to why McHugh has walked away now, Campbell can only speculate on his reasons.

He added: "Maybe the toll of putting in so much training was part of the reason. We don’t know at this stage was there any disagreement with Jim McGuinness. Maybe he wants to broaden his horizon and there is word that he may go to the US for the summer.

"There is general disappointment that Mark made his decision so close to the championship and the big game with Derry in just over three weeks time." 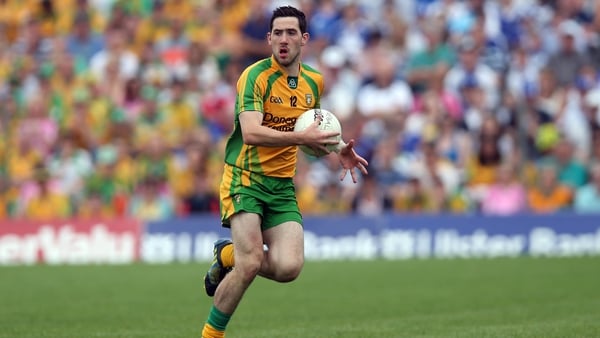