After an impressive win over Kerry in the final round of matches in the Allianz Football League, Cork footballers would appear to be in a happy place.

Yet, there is a problem of sorts for manager Brian Cuthbert as he will have to decide on his best team from the talent currently at his disposal ahead of the forthcoming summer campaign.

The Rebels finished top of the pile in Division 1 after a 2-18 to 1-11 triumph over their neighbours in Tralee and can now plan on facing Dublin in the divisional semi-final on Sunday next.

Cuthbert's assessment that Cork always had a measure of control, against a Kerry side still in with a chance to make the last four, is further proof that his charges are determined to make a real impact this season.

Speaking to RTÉ Sport, Cuthbert said: "I thought we were in control throughout. We conceded a goal and a point in quick succession in the first half, but Paul Kerrigan’s goal in that period was vital.

"Having played so well it would have been disappointing not to be ahead at the break.

"The mantra for the second half was to go out and move things up another gear. I thought the lads responded well and did that."

"The ethos is very, very good at the moment" - Brian Cuthbert

Indeed, Cork were able to bring on Colm O'Neill. Daniel Goulding and Donncha O'Connor on the resumption - highlighting the strength of the squad - a collective that many pundits thought would suffer as a result of some high-profile retirements last winter.

Cuthbert added that deciding on the team for the Championship will be difficult.

"The level of competition within the squad is quite high and everybody is fighting for a place on the team," the Bishopstown clubman revealed.

"The ethos is very, very good at the moment and I couldn’t complain with the effort the lads are putting in. It’s going to be a very difficult thing to pick the Championship squad, with the Under-21 players also involved." 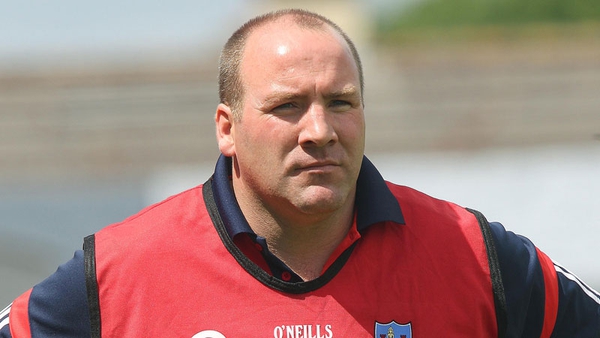