St Vincent’s captain Ger Brennan singled out “super” Diarmuid Connolly after the forward landed 2-05 to help the Dublin side to the All-Ireland club football title.

The Leinster champions saw off Mayo’s Castlebar Mitchels at Croke Park by 4-12 to 2-11.

“I’ve seen many great performances from him and it’s always a pleasure to be playing with him rather than playing against him,” Dublin star Brennan told RTÉ Sport..

"He’s able to create space for himself and he’s so accurate with his shooting and his passing and when he’s on form he’s very difficult to stop.”

"To captain such a committed and courage bunch of people like that, it really is a great honour"

Asked how it felt to captain the side, Brennan said: “It’s a privilege; it’s fairly humbling to be honest, playing with so many great guys.

"There have been times during the year where my own commitment and motivation drifted from time to time with distractions with the county but, in fairness, the lads who weren’t playing county kept things going throughout the whole season.

“To captain such a committed and courage bunch of people like that, it really is a great honour.

“I thought it was very close up to the last ten minutes. We kicked a couple of nice scores. In fairness they kept coming at us and they took two lovely goals and they kept the pressure on.

“But with the likes of Diarmuid Connolly with the skill he has, the players creating space around him, he was able to take a couple of points and that eased the tension.”

What a feeling! Love this team & enjoyed every step of the journey. Always helps having @dermoc123 Goals win games! pic.twitter.com/D4q1rwDlCF 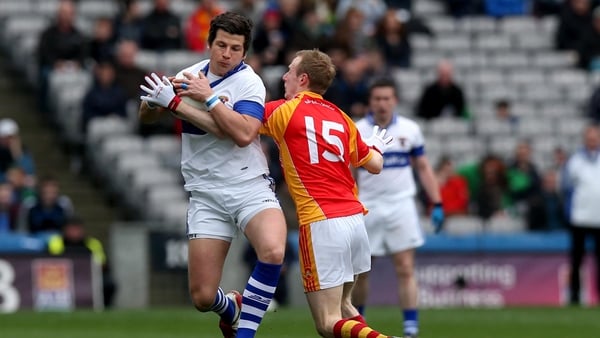