The consistency of performance in delivering three straight wins so far in the League is an aspect of Donegal’s play has impressed manager Jim McGuinness.

McGuinness’ assessment came after he watched his troops get past Monaghan in Letterkenny and so remain unbeaten in this year’s Allianz Division 2 campaign.

Speaking to RTÉ Sport, he said: "From our own point of view it’s good to get up and running at home. We had two good away matches where the performance levels were of similar quality to today. So that’s three good performances back-to-back for us now.

“We played nice expansive football at times against Monaghan, with some really good support play. Overall the attitude was excellent and we’ve six points on the board.”

It was said to McGuinness that his team appear to be on a mission this year, yet it would appear that the manager has his own goal in place to mould a side with a perfect mix of youth and experience.

So far, he seems happy with the way the blending process is going.

He added: "I think every team in the country is on a mission in terms of goals and objectives for the season. We’re no different.!

"We’re a team that’s benefiting from having a lot of senior players who are still central to the team. We have them back in the fold and the added advantage of having new guys like Odhran MacNiallais and Darach O’Connor coming in is a boost.

"Dermot Molloy’s form has been really good. Patrick (McBrearty) after his injuries is getting 20 minutes in matches and he’s making an impact every day he’s comes on.

"Our overall objective is try and get the lads who had the major injuries last year up to the level required by the end of the League, while also giving youth an opportunity to play in the team.

"Those two things have been going quite well in the three games so far and that’s good." 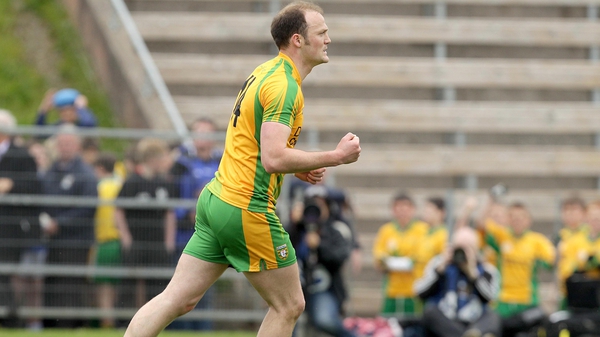