Castlebar Mitchels of Mayo are through to the All-Ireland senior football club final after a 3-13 to 1-11 win over Kerry's Dr Crokes in Portlaoise.

Taoiseach Enda Kenny entered the Castlebar dressing room at half-time and whatever he said to the Mayo and Connacht champions clearly did the trick.

They built on a one-point interval advantage to seal their place in the Croke Park final on 17 March with 2-06 in the second-half at O'Moore Park.

But it was agony for Kerry kingpins Dr Crokes, the strong favourites, who lost talismanic forward Colm Cooper early on to a worrying knee injury.

Cooper was having a big impact on proceedings before his 20th minute exit. 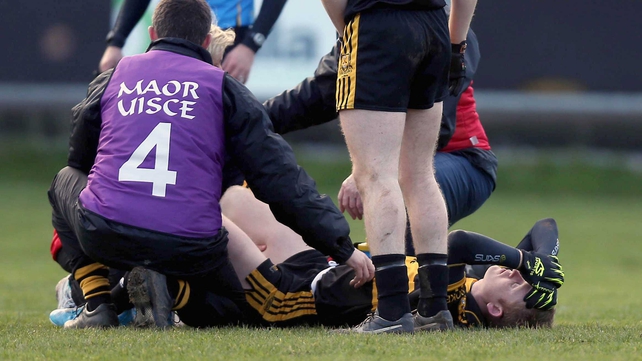 The current All Star had kicked two of Crokes' six points and contributed to several other scores. He was picked up by Castlebar and Mayo defender Tom Cunniffe but was proving difficult to handle.

Cooper suffered the injury in the process of kicking his second point which left Crokes 0-06 to 0-04 ahead.

His departure appeared to inspire Castlebar as they netted in the very next move to take the lead for the first time. Durcan was fed by Moran and though his initial shot was blocked he netted at the second attempt.

There was an emphatic response from Crokes, as they found the net at the other end within a minute to regain the lead.

Kieran O'Leary shot low and hard to the left corner to reopen a two-point advantage at 1-06 to 1-04. But Castlebar finished the half stronger and deservedly led by one at the break.

Mayo's utility man, Richie Feeney, hit the first of three Mitchels scores in a row, lending them vital momentum as they led 1-07 to 1-06. 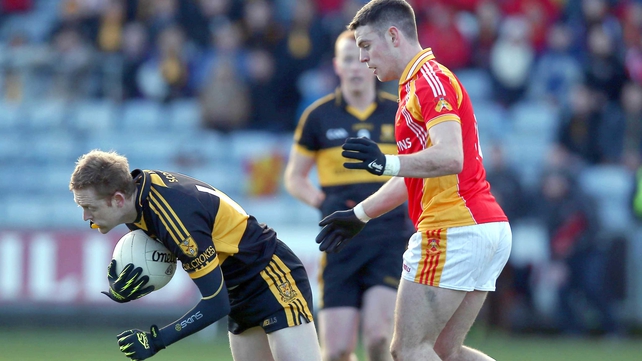 They stretched their lead to three after the restart with points from King and Feeney.

A 42nd-minute Castlebar goal from free-taker Tom King after more good work by Moran left them sitting pretty at 2-09 to 1-08 clear.

It wasn't a classic strike, as King appeared to be impeded while kicking, but it reached the net.

Crokes rallied briefly to reduce their arrears to two with ten minutes to go, 2-09 to 1-11.

But Castlebar simply overpowered them in the closing stages with four points in a row before another Durcan goal in injury-time. 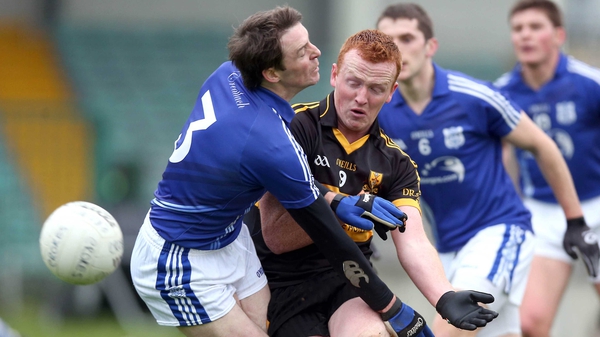