Kildare manager Jason Ryan was delighted his side continued on their winning run as they retained the O’Byrne Cup against Meath yesterday.

In difficult conditions in Newbridge, the Lilywhites ran out 1-10 to 0-09 winners, and the new boss said it makes preparations for their Allianz League opener against Mayo on Sunday a little bit easier.

He told RTÉ Sport: “The big thing for us now is that going into the Mayo game the guys are going to be feeling good about themselves and happy with the victory rather than losing the game today and having a little bit of a hole they’re after digging themselves [into] and it’s hard to get yourself out of it.

“We’re delighted to continue winning, it’s nice momentum for the players. We’ve a relatively new, inexperienced bunch of players so it’s a good habit to be in, to win games.

“Today was difficult. We had scoring opportunities but all we had to show was a goal. We gave away some sloppy ball by the Meath 45 metre line, which we were a bit disappointed with but the goal kind of gave us a little bit of breathing space.

“During the first half we had an awful lot of possession and maybe we didn’t take the scoring opportunities when they came along, or didn’t make the ball stick in the forwards when we could have.

"At the same time Meath had a number of goal-scoring chances that they didn’t take.”

Kildare face Mayo in Newbridge on Sunday, 2 February at 2pm. 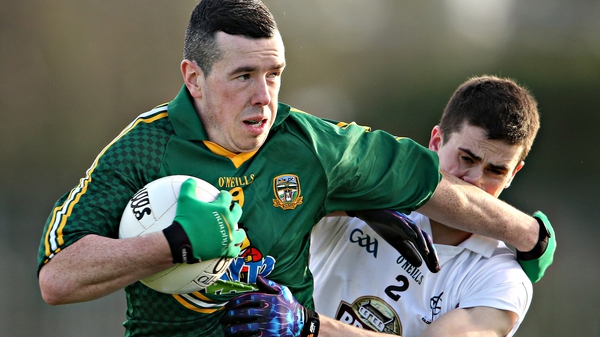