Referees have not been told to be cautious with the black card according to GAA president Liam O’Neill.

The head of the GAA told RTÉ Sport that he believes the black card is already working and predicted even fewer cards as the season progresses.

He said: “I think it has been a success. The reason not so many have been shown is people now know the offences clearly.

“They know if you pull someone down deliberately, if you deliberately trip someone or body-check someone, you are going to get a black card.

“So people are not doing those fouls and the referees are not having to show the cards because people know in advance. No player wants to leave the field of play.

“Players exist to play and they don't like leaving the field. The message will get through and you will see as the season goes on there will be fewer and fewer.

“There is certainly no diktat from me and there is nobody in Croke Park would issue such a diktat. It is down to the referees.

“Players exist to play and they don't like leaving the field"

“The word 'deliberate' is very, very important in this. There can be accidental trips; nobody would like to see a player dismissed from the field, even though he is substituted, for an accidental trip. It must be deliberate.

“I am quite confident that the referees have been really well briefed. If the foul committed and it is deliberate, I have no doubt the referees will show the black card.” 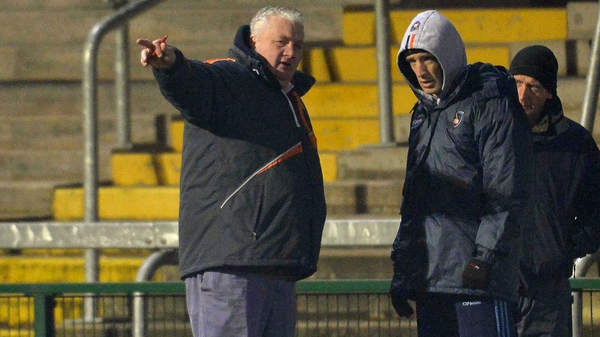 Grimley: Black card 'makes a cod of our game'