Karl Lacey, Neil McGee, David Walsh and Neil Gallagher made their first appearances of the year in the match at the Athletic Grounds.

McGuinness said the return of the four players meant more than the win over the Orchard County.

He said: “Everybody wants to every game that they are involved in but it wasn't overly important. For us the important thing today was we got players back on the pitch that has been out for fairly long periods of time.

“It is three weeks out from the start of the National League.

“They are all guys that we have been managing very carefully over the last number of months and they are starting to make their way back on to the pitch.

“Obviously we are lacking a lot of fitness and intensity at this time of the year but the big positive for us was we had four extra players in the dressing-room that we didn't have last Sunday.” 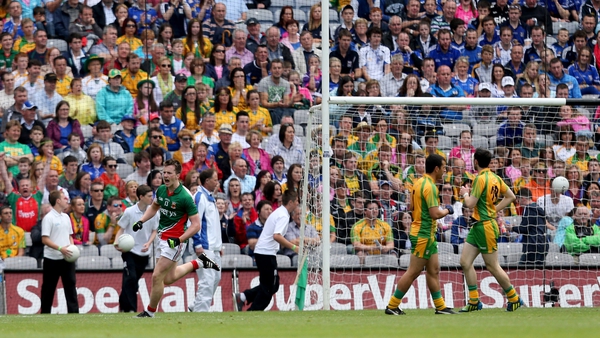