New Kildare manager Jason Ryan is confident that he will have the backing of the players despite the acrimony created by the departure of Kieran McGeeney.

McGeeney, who has since joined the backroom staff in Armagh, had been in charge of the Lilywhites since 2007 and put his name forward at a county board meeting last month to continue in the role.

However, he lost by a solitary vote and the Kildare panel subsequently issued a statement calling for the 2002 All-Ireland-winning captain to be reinstated.

Having joined McGeeney’s backroom team in late 2012, the former Wexford manager, who was ratified as boss on a one-year deal last night, admits that the circumstances weren’t ideal.

Ryan told RTÉ Sport’s Game On: “I didn’t ring up the players to ask them if they’d be happy if I was to apply for the job.

“But I suppose in the conversations that I would have had with them last year and the time I spent with them I know I have a positive relationship with a lot of the players so I can go with my gut instinct on that.

“I’d hope that how I felt then will help with my relationship with the players. I don’t see any reason why the relationship that I had last year couldn’t develop or maybe improve in the year ahead.

“It is [good to be back in the hot seat], probably not in the circumstances or the timing that I was anticipating but I’m delighted to have the opportunity.”

Kildare operated in Division 1 of the National League last season and got to the semi-final but disappointed in the summer, crashing to a 13-point loss to Dublin the Leinster semi-final before bowing out in Round 3 of the qualifiers to Tyrone in Newbridge.

And Waterford native Ryan has already been dealt a blow with the loss of 20-year old Daniel Flynn to the AFL.

“He’s an exceptionally talented young man. He’s after signing for Port Adelaide so he’s not going to be available to us next year.

"After that, I haven’t met the players yet. The ratification was only last night so it will be another few days before I get the chance to speak to all the players and find out what are their plans for the year ahead.

“There’s going to be a certain amount of change, I’d imagine, like every other squad.

“Over the last six years they have been consistent. For the first five years of Kieran McGeeney’s management they got to All-Ireland quarter-finals and a semi-final in one year.

"Last year was a big year, playing in Division 1 and retaining our status there.

“The team have been performing at a consistently high level over the years so it’s a matter now of improving certain areas and a large part of it is figuring out exactly what does need to be improved and how we can do it.

"I suppose that's where a lot of our time is going to be spent in our preparation in the few months before the National League starts.

“The challenges are right from the start of the year – getting the players that you want to play, getting the right backroom team in place.

"It’s a great time with a new group and fresh start. Even if things aren’t that different the fact that it’s different people doing it it’s like a change.

"It will be new for me and I’m looking forward to it.” 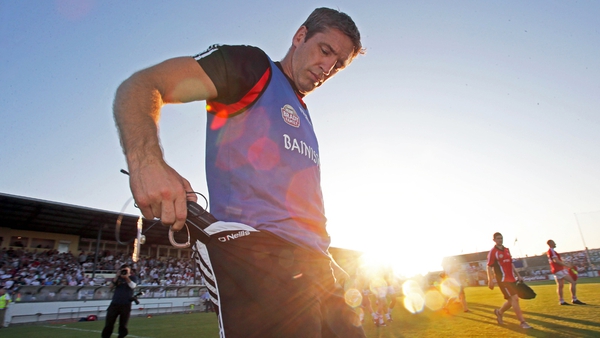