Jim McGuinness has revealed his satisfaction at continuing as Donegal manager after reaching an agreement with the county’s clubs over fixtures.

Following an agreement with the clubs to postpone the 2014 senior and intermediate championships until Donegal’s Ulster and All-Ireland run is finished, McGuinness agreed to remain for another year with the Tir Chonaill men.

“The systems are the big and the wee of it really,” said McGuinness in the Donegal Democrat.

“We wanted to make sure we gave ourselves the best opportunity of being successful.

“That’s the number one thing behind the thinking. I’m happy now we’ll be able to build the thing properly.”

Donegal exited the Championship with a heavy 4-17 to 1-10 loss at the hands of Mayo, but McGuinness believes his players have the same hunger to succeed as before.

The Glenties man said: “I wouldn’t have considered going back if there wasn’t the same hunger from the players.

“The players have given everything for the last three years and it’s the exact same thing now.”

McGuinness said his players had played either for Donegal or in the club championship on nine of 11 consecutive weekends this summer.

He hopes the new arrangements will allow his players to attend more training with the county side and it is thought that the county board will agree to schedule all club matches on either a Saturday or a Sunday to allow county players to link up with McGuinness' squad. 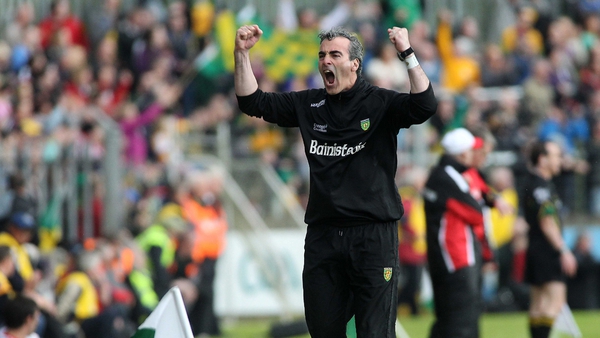