Mayo boss James Horan says he never doubted that his team could overcome a slow start against Tyrone.

The Connacht champions found themselves four points down after 32 minutes in today’s All-Ireland semi-final.

But scores from defenders Chris Barrett (2) and Lee Keegan meant they went in at the break just 0-07 to 0-06 behind.

Horan told RTÉ Sport after their 1-16 to 0-13 win: “We’ve prepared very well, not alone this year but over the last couple of years. We fancy ourselves to get stronger as the game progresses, we saw that today.

“We’re in good shape physically and mentally. In [today’s] game, we started off particularly poorly, we looked slow and lethargic and Tyrone raced into a lead and we were just hanging in for, maybe, the first 20 minutes of the first half.

“We got to grips with it and sorted it out and started to grind it out. The last ten minutes of the first half were good, Christy Barrett went up and got a few great scores for us to give us a bit of momentum going into half-time.

“We had a chat about it at half-time, what we needed to do and we came out and in the first ten minutes of the second half we just played like we could and just took over the game."

"The last ten minutes of the first half were good, Christy Barrett went up and got a few great scores" - James Horan

Asked what he had said to his side during the break, he joked: “Oh magic stuff.

"We were just very poor in the first half, we were too slow moving on the ball, we were running into traffic, talking wrong options and that sometimes happens when your focus is a little bit off.

“We tried to go back to basics and move the ball like we can. We got a couple of runs and Freeser [Alan Freeman] stuck away the penalty very well and we were in control from then on.

Last year’s beaten finalists had to overcome the early loss of Cillian O’Connor, who injured his shoulder after just ten minutes. 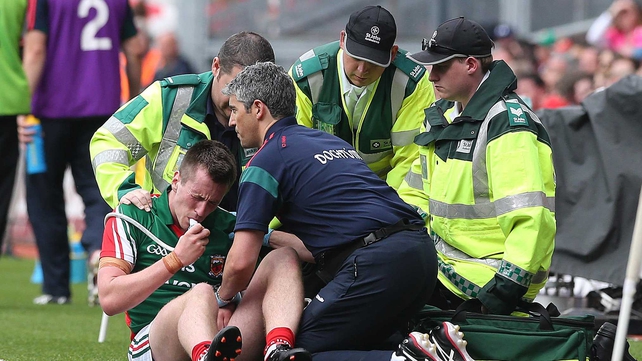 Horan said that “it didn’t look good” for the Ballintubber forward and the Mayo PRO later confirmed that O'Connor suffered a "suspected dislocated shoulder on the same shoulder injured last year" and his condition would be monitored closely over the next few days.

His participation in the All-Ireland final on 21 September is now in serious doubt. 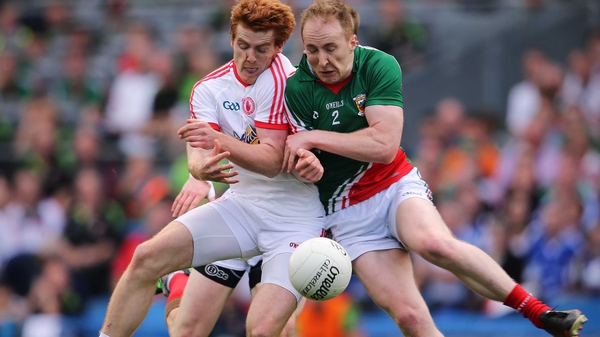 As it Happened: Mayo v Tyrone