The Gaelic Grounds is the venue as Cork put their Munster crown on the line against Maurice Horan’s Limerick.

Conor Counihan’s tenure as Rebels boss was extended last autumn and so he has another opportunity to mastermind an All-Ireland victory.

Some will add that Sam Maguire should at least have paid two visits to Leeside under Counihan’s stewardship, and because of that the tag of underachievers hangs over the side.

That may be harsh, but when you consider the depth of talent at Cork’s disposal, maybe it’s not surprising. The visit to the Treaty comes on the back of a league campaign where they failed to reach the knockout stages for the first time in five years.

I doubt whether Counihan and his charges cried too much over that, as they seek to catch bigger fish in the months ahead.

Limerick have proven tough opponents for Cork in recent seasons and there is no reason to doubt that they can be again in front of their own supporters.

The loss, however, of Ian Ryan, due to a torn ankle ligament is a blow. He has been key figure up front for the Treatymen since 2008, and so the likes of Seanie Buckley, Ger Collins and Ian Corbett will be expected to provide the scoring threat. 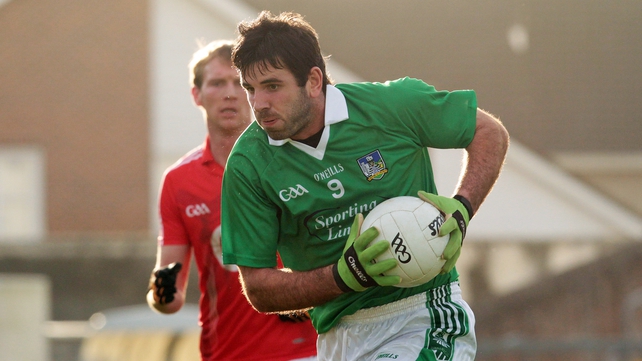 John Galvin is fit to start and he will be partnered in midfield by championship newcomer Bobby O’Brien. Coach Maurice Horan also gives a start to Donal O’Sullivan between the posts.

The Rebels give five players their first taste of summer fare. Damien Cahalane, John O'Rourke and Brian Hurley, who were all part of the U-21 side that got to the All-Ireland final, have been rewarded with starting places in the full-back line, No 12 and full-forward respectively.

Ken O’Halloran has been handed the goalkeeping berth, while Tomás Clancy starts at No 7.

Elsewhere Pearse O’Neill will partner Aidan Walsh in the middle, with Graham Canty reverting to his centre-half-back berth.

Limerick will look to have another decent championship run, but yet again it looks likely to happen via the back door route. Cork’s greater fire power, allied with the injection of new faces, proving the difference.

Highlights and analysis of all the weekend’s action on The Sunday Game from 21:30 on Sunday 26 May on RTÉ Two and RTÉ.ie (Ireland only).