Three first-half goals from Cathal Carolan, Enda Varley and Donal Vaughan eased Mayo past 13-man Galway and into the Connacht football semi-final, 4-16 to 0-11.

Both captain Garreth Brdshaw and Niall Coleman were shown straight red cards during the second-half as Galway lost their discipline and exited the provincial Championships with a whimper at Pearse Stadium in Salthill.

And Andy Moran capped his return to the Green and Red shirt after injury with a goal in added-time to cap a dismal day for Alan Mulholland’s Tribesmen.

Mayo looked dangerous from the off and after Alan Dilloon and Vaughan kicked early points they managed to open out a three-point advantage by the 11th minute.

At that stage Galway had managed to hold on to their shirt tails and Michael Meehan looked on form with a super free from the right touchline, before Paul Conroy got in on the act with a fine point from play.

But things took a turn for the worse for the Tribesmen in the 15th minute when Carloan hit the first of Mayo's four goals despite being under severe pressure from Johnny Duane.

With utter dominance under the breaking ball in the opening exchanges and Galway's inability to deal with Mayo's short kick-out tactic James Horan's side began to take full control.

Last year's All-Ireland runners-up powered ahead to the break and managed to kick 1-4 without reply including a well taken goal from Varley after Tom Flynn was caught in possession. 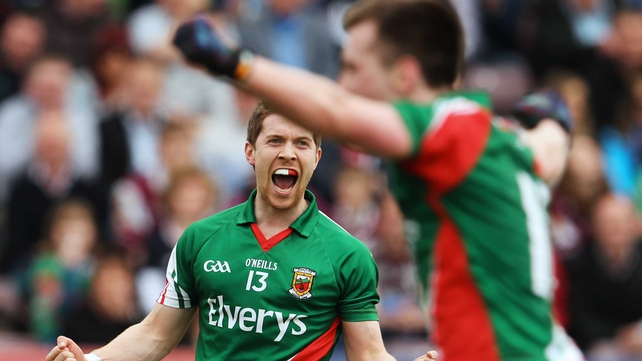 And after Danny Cummins hit back with a brief reply for Galway, Donal Vaughan sent Mayo in on a high at the break when O'Connor set him up for a goal to an empty net, which gave Mayo a 3-9 to 0-6 lead at half-time.

Three minutes after the restart Galway's fortunes on the day were typified when Bradhsaw received his marching orders after a clash with Carolan, and their misery was doubled when Coleman also saw red for a similar collision with Dillon. 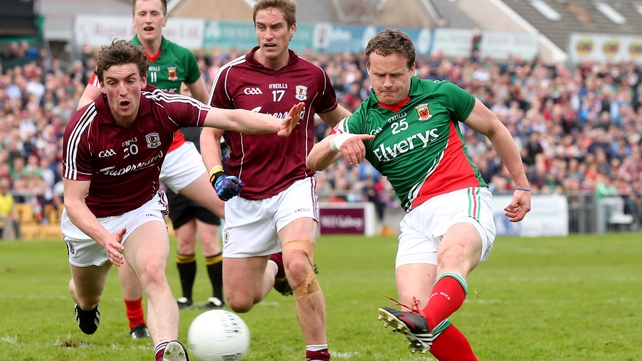 The biggest cheer of the day was reserved for the introduction of Moran nine minutes from time and after a couple of sighters, he hit the net in added-time with a low drive to underline their total dominance. 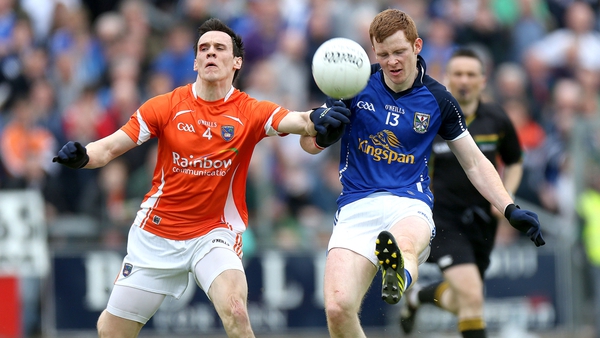 As it Happened: Sunday's Championship action