The Donegal football team were welcomed home by thousands of supporters last night as they celebrated their All-Ireland Football Championship win. 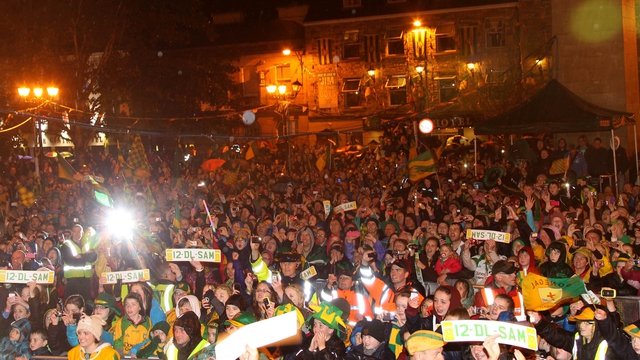 An estimated crowd of 15,000 greeted the players and manager Jim McGuinness despite the poor weather in the town. 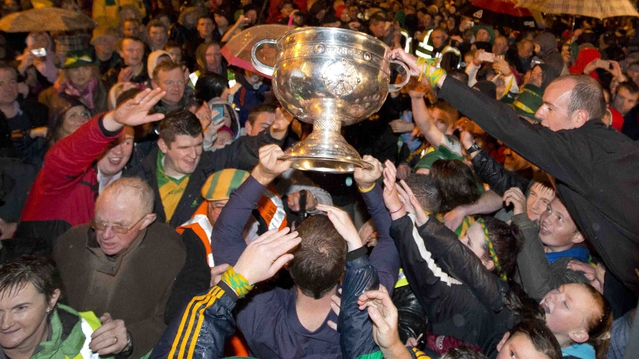 Fans were present from 6pm and the team finally arrived at 10:20pm to a huge ovation as they acclaimed a first All-Ireland success in 20 years for the county. 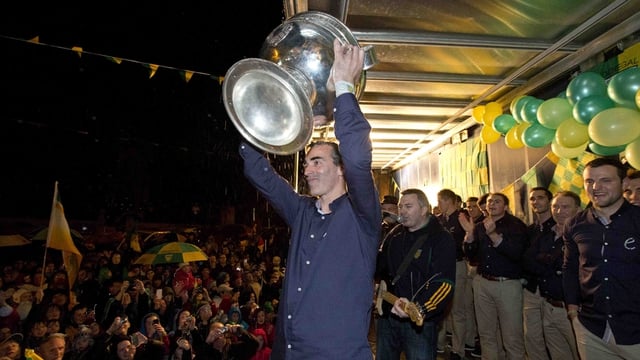 The team earlier crossed the border from Fermanagh into Pettigo in Donegal at around 8pm and walked across with the Sam Maguire Cup. 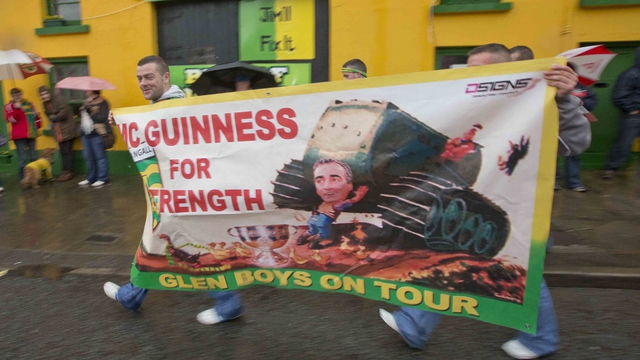 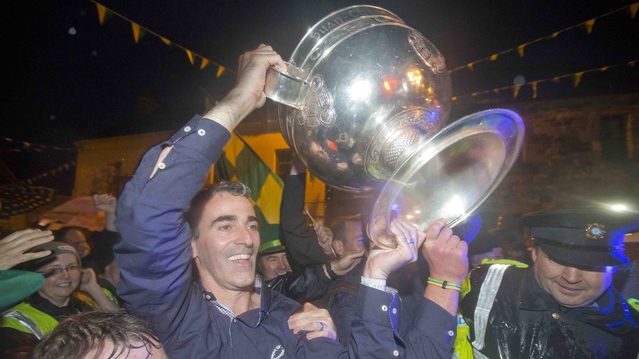 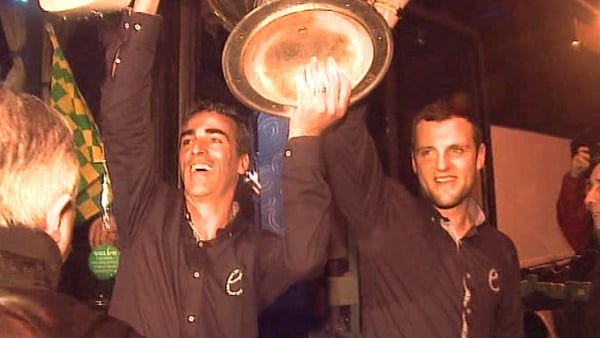