Donegal forward Paddy McBrearty has had a hugely successful start to his football career, but he insists he will not be complacent ahead of this Sunday’s All-Ireland Senior Football Championship final against Mayo.

The 19-year-old only sat his Leaving Certificate in June, but already has two Ulster titles under his belt.

However, the Kilcar clubman has seen others toil for years in a Donegal with little reward, and he is determined to make the most of his county’s excellent form this season.

“I’m not taking it for granted,” McBrearty said.

“My club-mate Michael Hegarty played for 11, 12 years and only won one Ulster Championship last year, so I’m not taking for granted the position I’m in.”

Considering what McBrearty has already achieved, he could be forgiven for finding senior inter-county a doddle.

But the starlet, who lived in Dublin until the age of ten, is quick to dismiss any suggestion he has found the transition from underage to senior level anything less than difficult.

“It’s not (easy),” he said. “You go on the training field, it’s not easy. But whatever has to be done is being done. When these opportunities come around you don’t take them for granted.”

Sunday’s game will mark Donegal’s first All-Ireland appearance since their breakthrough year of 1992, when current manager Jim McGuinness was a substitute on the side that defeated Dublin by four points to bring the Sam Maguire Cup to the hills for the first time.

“Personally, if I was a fan, I’d be going mental with the hype. As a player, I’m not really that up on it,” - McBrearty

And McBrearty has been enjoying the build-up: “It’s unbelievable. Any time you get to take part in an All-Ireland final is something special for yourself, your family and your club, and I’m just privileged to be in this situation at the minute.”

There is always a danger that a team could buy into the hype. The Kilcar star understands the fans’ excitement, but he also insists that he and his team-mates will not be distracted by any “sideshows”.

“Personally, if I was a fan, I’d be going mental with the hype. As a player, I’m not really that up on it,” said McBrearty.

“We have an objective against Mayo, and we can party away after that. We can take in all the hype we want. It’s three weeks out of our lives to block stuff out, so, as I said, we’ll focus our thoughts on Mayo.”

Elaborating on the issue of hype and pressure, he said: “It’s a good complaint in a way, you know, (that) you’re in this situation. But as players you have to keep that out of your head and focus on your training.

“That’s what’s Jim (McGuinness) is trying to do. Our main objective is Mayo and that’s all our focus is on at the minute.”

Asked how he would approach the final, the Donegal forward said he would there would be no change to his routine.

“Just take this game as any other game,” he said.

“That’s what we’ve done the whole way so far throughout the Championship. None of these players have played in an All-Ireland final before. Some of the Mayo lads have the experience. But, as I said, we’ll just take this game as any normal game.”

Mayo will provide unusual opposition on Sunday, as it is the first time the two counties will lock horns at this stage. Many had expected Dublin to win through to set up a repeat of the 1992 decider, but McBrearty was not all taken aback by the semi-final result.

“No, definitely not. We all know Mayo are a top quality team and they proved that against the All-Ireland champions. It’s never going to be easy beating Dublin, especially in Croke Park.” 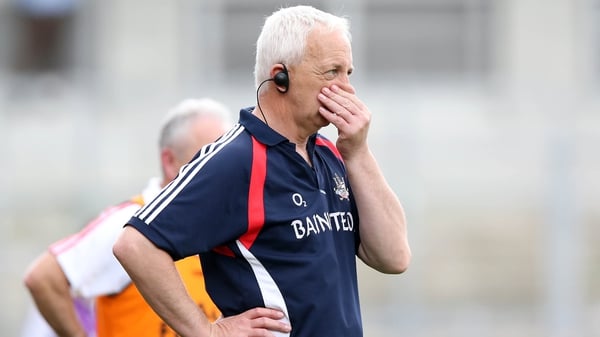