Alan Brogan has been included in the Dublin side to face Mayo in Sunday's All-Ireland Senior Football Championship semi-final at Croke Park.

The St Oliver Plunketts/Eoghan Ruadh clubman suffered a groin injury during the Leinster final win over Meath, and sat out the All-Ireland quarter-final clash with Laois.

But the Dubs seem content that he has recovered sufficiently to take up position at right corner-forward.

Eoghan O'Gara, who had a particularly poor game against the Midlanders, is the man to make way.

Dublin manager Pat Gilroy has also made a personnel change in defence, with Ger Brennan named at centre-back.

The St Vincent's clubman comes in at the expense of Philly McMahon, with Cian O'Sullivan slotting in at left corner-back. 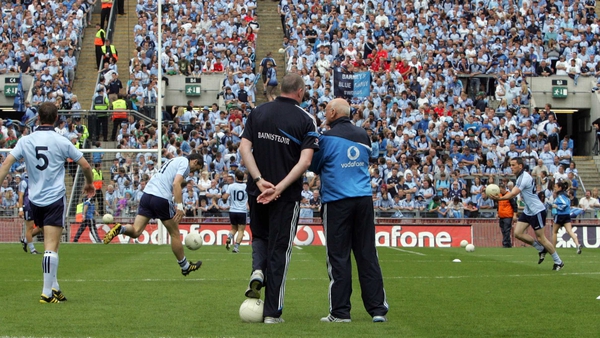